On Body & Soul is a love story between two introverts of varying degrees. Set inside a slaughterhouse, the environs of the love story reflect the gruesome realities of life, quite opposite to the paradise-like dreams that the characters of Endre and Maria inhabit. He’s the CFO of the company, she’s the newly-appointed quality inspector. In their dreams they are surrounded by picturesque wilderness and quaint lakes, while in real life they are encompassed in animal carcass, blood and a daily routine of desensitisation. The first time Maria walks into the cafeteria of her new workplace, she is like a wild animal scanning an alien habitat. For someone who is on the spectrum, she vehemently rejects the cliche that ‘humans are social animals’, and only wants to eat her lunch in peace. She doesn’t want to be courteous to her colleagues, tell them how her first day is going or what she likes in the lunch buffet.

Instead, she wants to spend the rest of her break chewing her food, letting her mind wander everywhere and think about nothing in particular. She doesn’t care for the side glances from the tables she’s walking past, all she wants is to find her space of solitude. 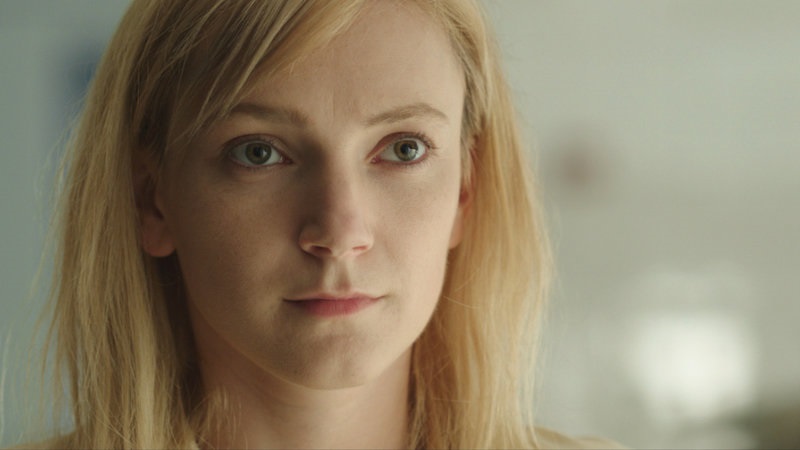 Observing her from a distance is Endre, a recluse in his own right. He noticed her earlier in the day from his cabin when Maria hid behind a pillar, bracing herself for a war of pleasantries, small talk and efforts to appear ‘normal’. Endre is someone who appears to have weathered too many relationships, endured too many human beings and experienced too many emotions for one lifetime.

ALSO READ: What people are being too nice to tell you. Akshay Kumar’s Pad Man is a big bore

And therefore, though his close friend is sitting across the table and going on about something, he’s observing the girl who avoids people and conversations like land mines. He will initiate conversation with her and when it doesn’t turn out like he expected, he’ll be the one to say something using his ‘too-bad-this-didn’t-work-out’ voice. He’s spent a lifetime doing this.

Ildikó Enyedi’s film is far from a normal love story between two individuals who are equally far from normal. It will take more than shared interests in music, TV shows and conventional dates to propel this forward. They discover their ‘magic’ through some bovine aphrodisiac and not in the way you’re probably imagining. The drug that helps the cows mate, gets stolen from the office and through a series of serendipitous events it is revealed that both Maria and Endre share the exact, same dreams. Where they’re a buck and a doe respectively, eating leaves and drinking water from the nearby stream or lake. 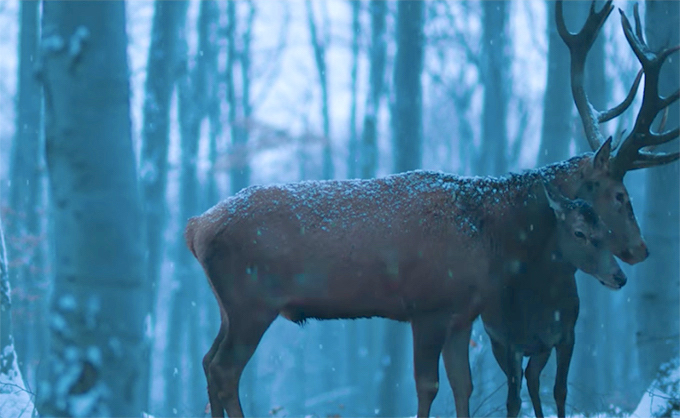 This is a happenstance, even our two devoid-of-emotion leads cannot ignore. And that’s when, they begin comparing notes on a daily basis. Maria includes coffee breaks in the midst of her strict routine. She vows to buy a phone and discover love songs, while Endre opens himself up for heartbreak, one more time.

All love stories harbour a coming-of-age story within them, and On Body & Soul is no different. As Maria and Endre navigate the rough terrain of their ‘companionship’ and accommodate each other’s uncompromising routines, they soon discover that ‘dreaming’ the same thing (usually an indicator for ‘soulmates’ with a capital I) is only the first step. Maria, as psychiatrists like to put it, ‘puts herself out for there’ by going up to Endre during lunch hours and initiating a conversation. Endre, trying to wish away his lonely TV dinners, calls Maria and professes his love for her in spite of having shirked her away earlier that day.

And only after they come together and begin sleeping beside one another, do they stop dreaming about themselves as deers in that paradise-like setting. Real life itself resembles a paradise now.

*On Body & Soul is available for streaming on Netflix.