If Matt Damon and French actress Catherine Deneuve’s ignorance regarding sexual harassment wasn’t enough, Alec Baldwin has become the latest one to join the bandwagon. While the former two apologised for their remarks, the 30 Rock actor has stepped in to defend Hollywood director Woody Allen, who was accused of sexual assault by his own adoptive daughter. At a time when many Hollywood celebrities have finally come out and condemned Woody Allen, Alec Baldwin posted this on Twitter:

Is it possible to support survivors of pedophilia and sexual assault/abuse and also believe that WA is innocent?
I think so.
The intention is not to dismiss or ignore such complaints. But accusing ppl of such crimes should be treated carefully. On behalf of the victims, as well.

After the sexual abuse he MARRIED one of his DAUGHTERs and left the other to tell what happened! So, no, WA is NOT innocent.

Why don’t you address the fact that #WoodyAllen raised a girl as his child & then married her to raise a family with her? Combined with the fact that both Dylan & Ronan believe that WA committed inappropriate acts. I see a pattern with this work & his life!

Have you seen the court transcripts when he was accused of abuse? Read them then you will know that something is not right with his relationship with his accuser. He has issues.

Baldwin, who has worked with Woody Allen in movies like Blue Jasmine and To Rome With Love, also denounced other Hollywood celebrities, who have either criticised or expressed regret for working with the accused filmmaker. Alec called Woody’s renunciation and that of his work by these celebrities ‘unfair and sad’.

Woody Allen was investigated forensically by two states (NY and CT) and no charges were filed. The renunciation of him and his work, no doubt, has some purpose. But it’s unfair and sad to me. I worked w WA 3 times and it was one of the privileges of my career. 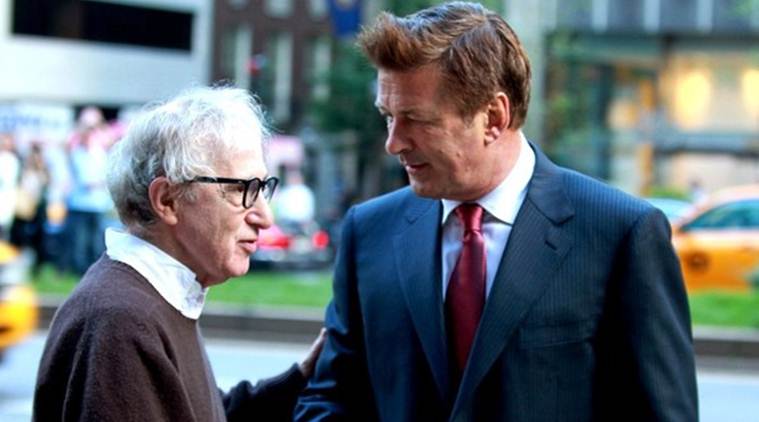 Recently, Ellen Page, Greta Gerwig, Mira Sorvino, Rebecca Hall and Timothee Chalamet expressed regret for continuing to work with Allen despite Dylan Farrow’s insistence that he had sexually assaulted her as a minor.

“I did a Woody Allen movie [To Rome With Love] and it is the biggest regret of my career. I am ashamed I did this. I had yet to find my voice and was not who I am now and felt pressured, because “of course you have to say yes to this Woody Allen film.” Ultimately, however, it is my choice what films I decide to do and I made the wrong choice. I made an awful mistake.”

Actor, writer and director, Greta Gerwig, who worked with Allen in To Rome With Love, said:

“If I had known then what I know now, I would not have acted in the film.”

More recently, Timothee Chalamet, citing how due to his ‘contractual obligations’ he was unable to comment on the entire Woody Allen controversy, wrote an elaborate Instagram post:

“I don’t want to profit from my work on the film [A Rainy Day in New York], and to that end, I am going to donate my entire salary to three charities: Time’s Up, The LGBT Centre in New York and RAINN [Rape, Abuse & Incest National Network]. I want to be worthy of standing shoulder to shoulder with brave artists who are fighting for all people to be treated with the respect and dignity they deserve.”