18 cast and crew members of American television drama One Tree Hill have accused former showrunner Mark Schwahn of sexual harassment. Actresses Sophia Bush, Hilarie Burton and Bethany Joy Lenz, among others, released a joint statement against the 51-year-old writer in a bid to lend support to Audrey Wauchope, who took to Twitter to share her experience.

In her tweets, Audrey wrote about being inappropriately touched by Scwahan, whom she chose not to name. She also revealed that the show’s creator showed her nude pictures of actresses he had had sex with and on many occasions tried to talk her out of her relationship.

I write all this to say that there are trickle down psychological effects to all this bullshit and the town is littered with the collateral damage of abusers who have been given free reign. If you’re sitting on one of these staffs please know whatever you are feeling is real.

After the tweets attracted attention, the actresses released a statement supporting Audrey. In the long statement, the actresses wrote that Mark’s behaviour was sort of an open secret. They said they were emotionally and psychologically manipulated, and that few of the women were still dealing with post-traumatic stress. A part of the statement read:

Many of us were put in uncomfortable positions and had to swiftly learn to fight back, sometimes physically, because it was made clear to us that the supervisors in the room were not the protectors they were supposed to be. Many of us were spoken to in ways that ran the spectrum from deeply upsetting, to traumatizing, to downright illegal. And a few of us were put in positions where we felt physically unsafe. More than one woman on our show had her career trajectory threatened. 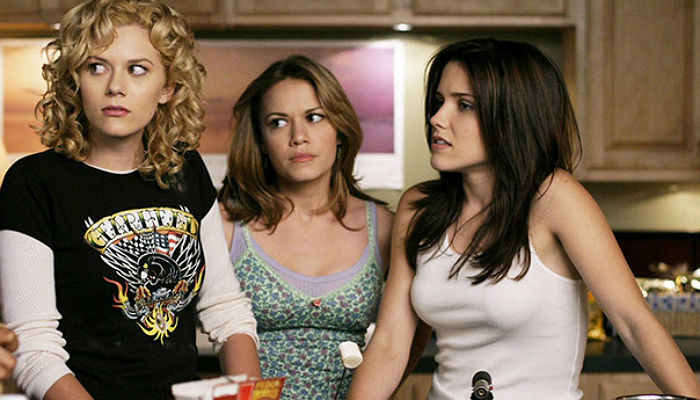 A still from One Tree Hill

The women on the show set up safe places on the sets to talk about his behaviour and took it upon themselves to warn new crew members. The statement also read:

This is not an appropriate amount of pressure to put on young girls. Many of us since have stayed silent publicly but had very open channels of communication in our friend group and in our industry, because we want Tree Hill to remain the place “where everything’s better and everything’s safe” for our fans; some of whom have said that the show quite literally saved their lives. But the reality is, no space is safe when it has an underlying and infectious cancer. We have worked at taking our power back, making the conventions our own, and relishing in the good memories. But there is more work to be done.

We are all deeply grateful for Audrey’s courage. For one another. And for every male cast mate and crew member who has reached out to our group of women to offer their support these last few days. They echo the greater rallying cry that must lead us to change: Believe Women. We are all in this together.

After the allegations surfaced, E!, Universal Cable Productions and Lionsgate Television — the companies behind Schwahn’s current show The Royals — issued a statement saying they were closely looking into the matter and will ensure to create an environment which was safe for everyone.