In a Rajinikanth film, the loudest cheers are reserved usually for his legendary entry sequences. The close-ups, the blazing guitars, the build up to the silhouette… and out pops the superstar.

ALSO READ: Here’s How Much Rajinikanth’s Kaala Stands To Lose Because Of The Karnataka Ban

The interesting thing about Pa. Ranjith’s Kaala, is that it is the film’s antagonist, Hari bhai (Nana Patekar), who gets the dramatic introduction. During the first hour, it’s Hari Bhai’s shadow that’s looming over Mumbai (and especially Dharavi) through gigantic hoardings, and it isn’t till the interval that we witness the face-off between him and Kaala. 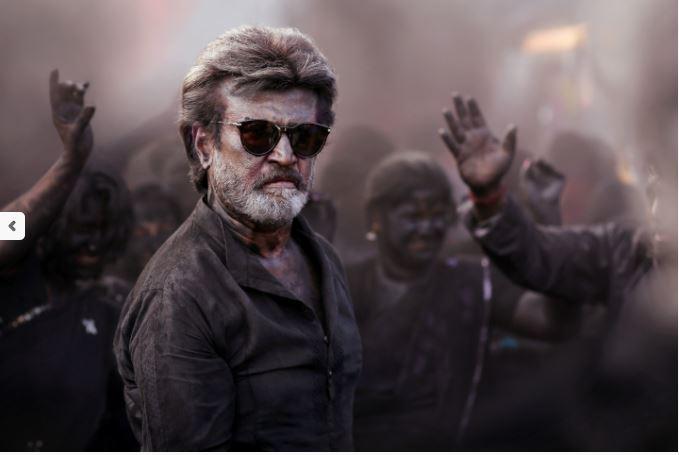 The scene is reminiscent of a moment straight out of a Shankar film; we see the residents present their version of ‘people’s justice’ by blockading the minister’s way out of the narrow lanes of Dharavi. In one stunning, continuous shot they throw out things with the precision of a guerrilla warfare unit. Hari bhai’s frustrated deputy says that the only way to get out is to shoot them down. “Do you have enough bullets?” – Hari bhai asks with a chuckle. If the film’s political overtones were any less subtle, one of Rajinikanth’s four sons (in the film) is called Lenin. Smooth.

Pa. Ranjith’s Kaala, more-or-less, reads like a Rajinikanth manifesto right before the superstar’s debut as a politician. Upliftment of the ‘urban poor’ – check. Championing the colour black and its significance in Dalit politics – check. It’s hard to look at Kaala as *just*  a film, and not the man’s rehearsal before a state-wide political campaign. 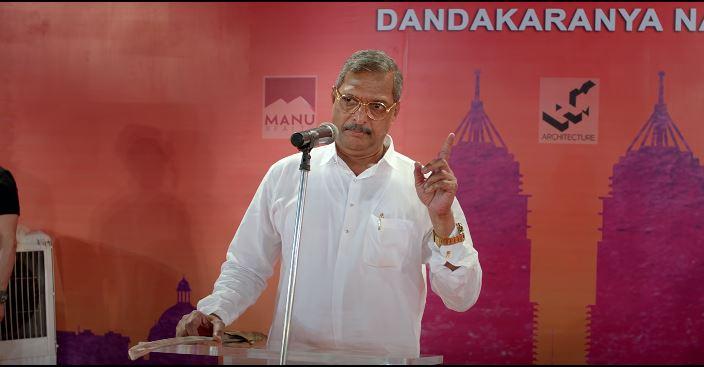 However, even while spoon-feeding the many issues of the oppressed, Kaala never surrenders its earnestness and steely conviction. We’re given an animated background of man’s prehistoric greed for land, before cutting to the goldmine that Dharavi represents for the many hungry coyotes lurking around it.

One of the most compelling things about Kaala’s narrative is how deep-rooted it is, in the muck (or keechad) of Dharavi. Where the dhobi ghat is a primary source of livelihood, where a group of youngsters break into a song during triumph/protest/mourning, where limited means don’t bog their citizens down from having limitless dreams. As one government after another tries to weed it out for a ‘clean, pure’ Mumbai – the battle becomes all the more murkier. 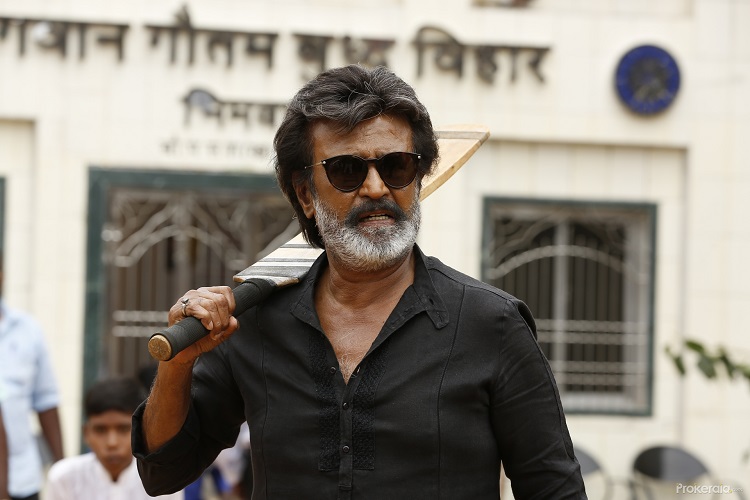 “If we sell right now, we stand to gain 40,000 crore. How much of that money will we actually see, once the politicians, bureaucrats and builders have filled their pockets?”, Rajinikanth’s character asks after (what seems to be like) his life’s umpteenth disappointing proposal to redevelop Dharavi.

Kaala works best when it pits Rajinikanth with Nana Patekar. Even as Rajinikanth delivers one rousing dialogue after another, Nana Patekar calmly dismisses it with ‘kuch naya bol yaar…‘ In the past we’ve seen so many of his contemporaries botching up the role of the ‘corrupt politician’ by reducing them to caricatures, like say Saurabh Shukla in Raid, it’s refreshing to see Nana Patekar play the role with the deftness like only he can. His performance is unusually light on its feet, and is brimming with novelty. Something that is true for Kaala’s wife Selvi too, played endearingly by Easwari Rao.

Rajinikanth uses his superstar charisma to service Kaala Karikaalan, never losing grip of the character. He wears a grin on his black sleeve, and bears a tattoo on his arm that (believe it or not) rhymes with Kareena.

Many years from now when people have forgotten about the rest of Kaala, the one bit that will still be talked about is its audacious, wordless climax. As Nana Patekar smells victory in the soil of Dharavi, he’s overwhelmed by the presence of Rajinikanth (who may or may not there) and an explosion of colours. Almost like the director stating that an idea lives forever, just like a superstar’s spirit.