The Weekend Ka Vaar with Salman Khan on Bigg Boss 10 saw no elimination this week. Though Swami Om was asked to leave the house, he has been made to live in a separate room away from the main house. This means that Swami ji can now keep a watch on the contestants secretly with the housemates living under the impression that he’s been evicted from the show. Apart from introducing this twist, the weekend episode also revealed an ‘immunity madellaion’ — an immunity shield for the contestants to save them from nominations.

The cast of Rock On 2 visited the sets of the show and Farhan Akhtar and Shraddha Kapoor met the contestants of BB10. They played some fun games with host Salman Khan on the stage which kept the viewers glued. Amid so much happening in the episode, one thing still got stuck at the bitter ends of the show. Why was Salman Khan made to promote the upcoming shows of Colors TV back-to-back? We understand that Bigg Boss is also one of the biggest shows on Indian television. And promoting TV shows or films on this platform will mean a greater reach to the audience. But the promotions should be done in an aesthetic manner.

In the last night’s weekend episode, Salman Khan promoted two new Colors TV shows — Rising Star and Shani. Apart from directly asking viewers to wait for these shows, he also kept telling them about various details of these shows. Like how the viewers can also participate in the new reality singing show and how Shani will offer a different paradigm for viewers to understand Shani-the god. 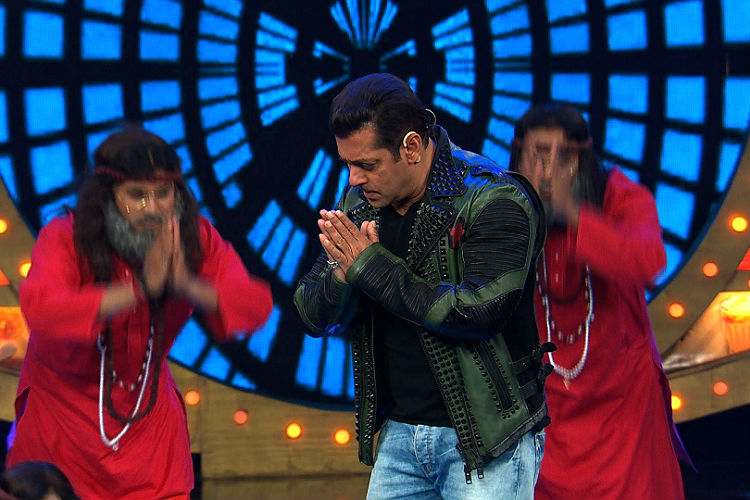 Yes, Salman Khan asking his fans to anticipate these show make a difference. We know that at least his ardent fans will sit up and take notice of what their bhai is asking them to do. However, for the ardent Bigg Boss fans, it really doesn’t make any sense. Instead, it decreases a viewers’ interest into the show who wait for entire week to watch the entertaining host. Salman, undoubtedly, puts a new life into Bigg Boss with his distinct way of grilling the contestants and commenting on some unseen moments. Fans love to know about his point-of-view on certain issues happened among the contestants in the last week. So when they reduce to the level where Salman has to just promote their shows by talking again and again about them, it becomes annoying and to an extent, disappointing.

Colors, please take notice of this and don’t repeat it. We want to see more of Salman Khan-the host on Bigg Boss 10.