When MCU (Marvel Cinematic Universe) announced a Captain Marvel film, somewhere during the epic box office success of Wonder Woman, people (mostly white men) were furious at how women were allegedly taking over spaces that they believed exclusively belonged to them. Even before the film released sexist trolls took over rating websites like Rotten Tomatoes to bash the film, which ended up pushing the ratings aggregator website to change their rules in a significant move.

But it doesn’t even matter how hard the trolls tried to ensure Captain Marvel’s failure. The film has had one of the biggest opening weekends and has already earned $456 million worldwide. To give an idea of how big that is, DC’s Wonder Woman, the only other comparable superhero film (led by a woman), made a worldwide gross of $821m. Captain Marvel not only saved Marvel’s superhero franchise, she is breaking box office records on her way too.

Captain Marvel has already made more than Marvel origin films like Thor and Captain America: The First Avenger which had grossed $449.3 million and $370.6 million worldwide respectively in 2011. In fact, it also had a bigger opening weekend than Avengers: Infinity War which had opened to $382.8 million in 2018, before going on to make a whopping $2.048 billion worldwide.

The film has also had the biggest opening for a film directed by a woman, even though Anna Boden co-directed Captain Marvel with Ryan Fleck. Patty Jenkins, however, still holds the record for a solo female-directed film with the highest opening weekend: Wonder Woman opened to a $103.5 million in 2017.

Carol Danvers, aka Captain Marvel, is the kind of feminist badass we deserved to have in our lives at least a decade ago, if not earlier. She has not only smashed box office records, but has shattered a lot of gendered stereotypes associated with female superhero characters who came before her. She is unapologetically emotional, smart, and powerful. She wears actual armour that hasn’t been designed specifically to sexualise her body. Her short hair is gathered away from her face before going into combat, so that convenience takes precedence over looking “pretty”. She doesn’t need sage manly wisdom to lead her down the right path. She has capable female mentors (Dr. Wendy Lawson aka Mar-Vell) and strong female friendships (Maria Rambeau) to help guide her in her way. 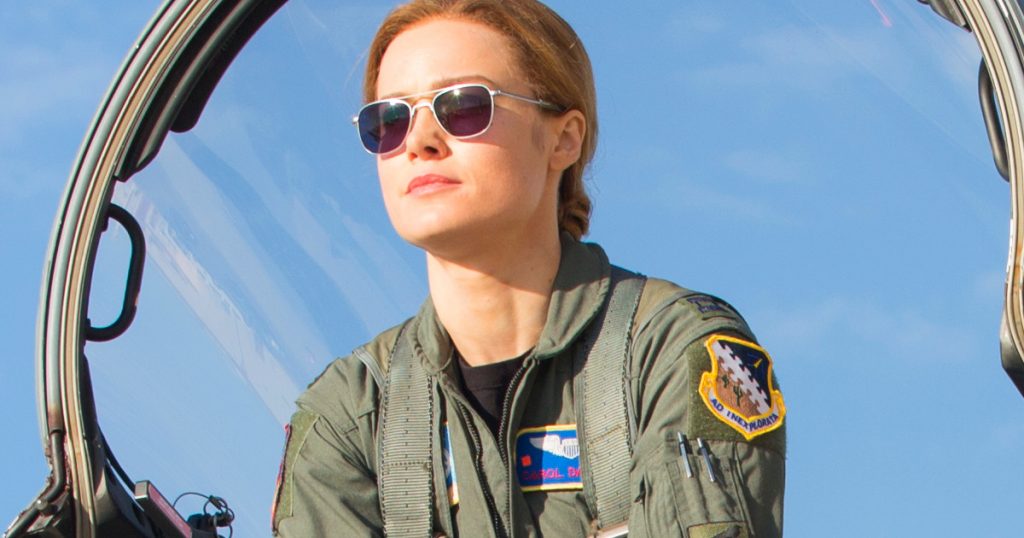 Captain Marvel has broken a bunch of other box office records too, including being the highest grossing film starring a cat (here’s looking at you Goose) in a key role, if this Forbes article is anything to go by. And you know what? We will go by it.