Brie Larson’s Captain Marvel is one of the most anticipated films of the summer, and even before releasing, has brought some significant change to Rotten Tomatoes. The website responsible for aggregating film reviews, has announced that it will remodel its audience score system and shut down the comments’ section prior to a movie’s release. This was done in the wake of trolls (read: white men) unnecessarily badmouthing Marvel’s first female superhero even before watching the film.

The controversy around Captain Marvel began after a comment from the film’s leading lady, Brie Larson, was misinterpreted by America’s white men. A fierce advocate of equal rights and representation, Larson had taken steps to make sure that her press days would be more inclusive. For example, she handpicked Keah Brown for a profile, something Brown noted by saying ‘few actors take a chance on disabled journalist’. 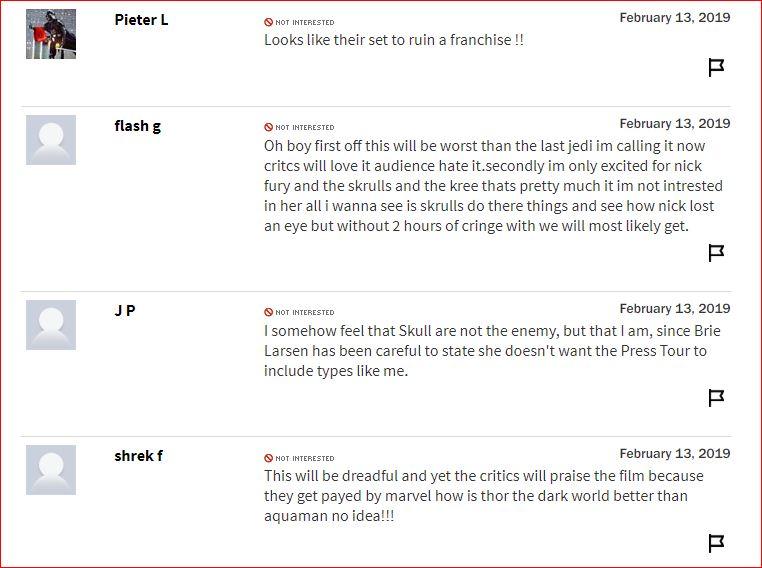 In a separate instance, Larson had also dismissed the criticism around Oprah Winfrey-starrer, A Wrinkle In Time, by saying she didn’t want a ’40-year-old white dude’ to tell her what didn’t work in the film.

She was deemed a ‘social media justice warrior’ (SJW), a mantle that white men only appreciate in other white men. From here on began the massive trolling of Captain Marvel in the ‘audience comments section’ on Rotten Tomatoes with many offended by the film in advance. Some went to far as to say that Larson “didn’t want men to watch Captain Marvel“, a strange and rather far-fetched reaction to the comment she made.

Rotten Tomatoes has therefore decided to shutting down the comments section will hide the ‘interest’ in a film leading up to its release, something that was valuable source of information for a film’s marketing team. 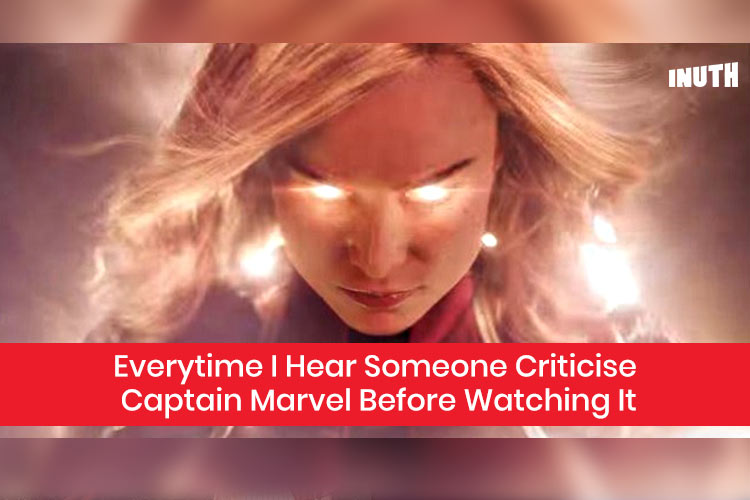 Rotten Tomatoes, as a platform, has been at the receiving end of ire from veterans like Martin Scorsese. Many have dismissed the platform’s reductive approach to film criticism, in the way it reduces critiquing to a number. Lady Bird‘s perfect 100% rating was met with criticism as the site might have implied that Greta Gerwig’s film is the most ‘perfect’ film of all time. Justice League co-producer panned Rotten Tomatoes for affecting the film’s opening weekend box office, which resulted in an embargo with the website to delay the release of the review by three days.

The platform has promised to review their rating systems, and to filter out the trolls that have caused a nuisance on the site’s message boards during The Last Jedi, and now the latest Marvel product. This is the first redesign that the website is going under since its inception more than 20 years ago.