Actress, entrepreneur and the woman with a crazy wit, Twinkle Khanna launched her second book — The Legend of Lakshmi Prasad, in Mumbai the other day. The event was star-studded with the presence of Akshay Kumar, Ranbir Kapoor, Karan Johar, Alia Bhatt, Gauatri Oberoi, Sonali Bendre, R Balki, and Manisha D Ratnani, among others.

More popular as Mrs Funny Bones, Twinkle took the stage by storm by answering the questions by the media and host Karan Johar in the most snarky way. Apart from the formal reading session, where Ranbir, Shabana Azmi and Alia Bhatt read one paragraph each from the book, the Q & A session with Twinkle herself happened. And well, that was the time when the best of Mrs Funny Bones came out. Here’re the top statements she made during the interaction session.

Also read: Koffee With Karan: 7 Statements Twinkle Khanna made on the show which deserve an applause

My granny would always moan about the fact that I never brushed my hair and my mom would always try to put me on a diet and I would tell her I wouldn’t fit in. I would ask her why do I need to fit in a size for a dress? 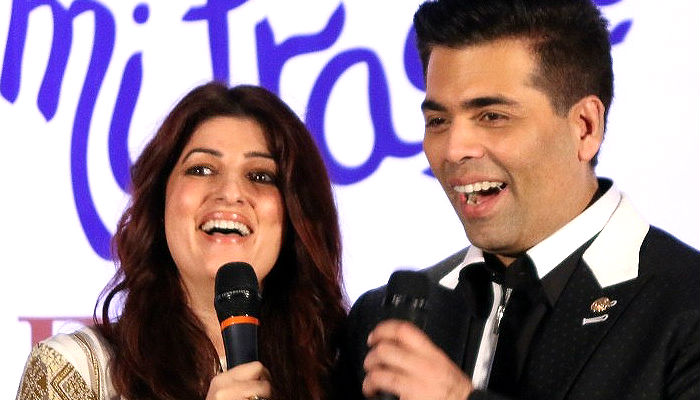 On her best friend Karan Johar:

He’s like the 100 rupee note. It’s always in your pocket but in crunch time you realise how valuable it is.

This book is dedicated to him. He is my biggest cheerleader, my greatest support. He is a man who takes more pride in my work than anyone ever has.

Also read: What is Arjun Kapoor doing about sex, asks Karan Johar on Koffee With Karan 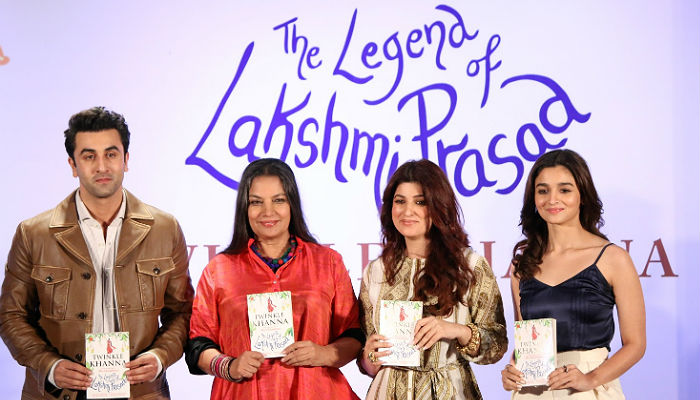 On her idea of feminism:

Journalists asks me ‘are you a..a..a feminist?’ like they are asking if I’m a Satanist or a Justin Bieber fan. Feminism is about equal opportunities so anyone who says they aren’t a feminist is an idiot.

On the man who invented low-cost sanitary napkins:

When I got in touch with him, he said he only talks to women and not men because it takes him 30 minutes to explain to men what he does.

Also read: Koffee With Karan’s second episode was to be about Johar’s BFF Twinkle but Akshay steals the show