Salman Khan starrer Tubelight has its first song out. Titled Radio, it is a celebratory song with Salman Khan making the entire village dance with him. The signature steps, as it happens in all the Salman Khan songs, is different here too. The song crooned by Kamaal Khan is however not something that will excite you with just one watch. Or maybe this much-awaited Radio song is a kind of track which will grow on you.

The lyrics of the Radio song have been penned down by Amitabh Bhattacharya and the music is given by Pritam Chakraborty. While the song looks all colourful, the best thing about it is its choreography, which is set by Remo D’ Souza.

Radio song was launched by Salman Khan at an official event in Dubai. When asked why the makers chose the city for the unveiling of the song, the actor said it would be convenient as he is currently shooting for Tiger Zinda Hai, the sequel to Ek Tha Tiger there.

Tubelight, which is a big Eid release this year has Salman Khan playing a specially-abled character. The film, directed by Kabir Khan is set in the backdrop of Indo-China war and therefore it also features Chinese actors like Zhu Zhu and Matin Rey Tangu. The film also has Sohail Khan and probably his character is the only reason behind Salman’s weird search operation, as hinted in the trailer. 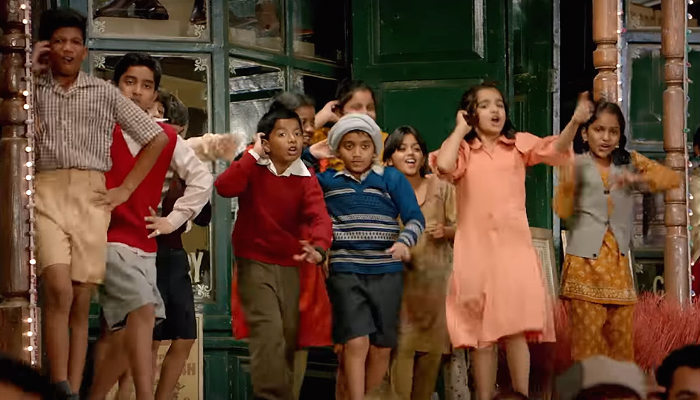 Tubelight’s Radio song reminds one of Aaj Ki Party song from Salman Khan’s Bajrangi Bhaijaan. Probably because the flavour of both the songs is the same. Both Radio and Aaj Ki Party songs have colloquial language and both seem like totally fun-filled tracks.

While the trailer of Salman Khan’s Tubelight became the most watched movie trailer among all Salman Khan’s films, it would be interesting to see how this song performs. Though the comments below the video on YouTube are not that great. Check these out: 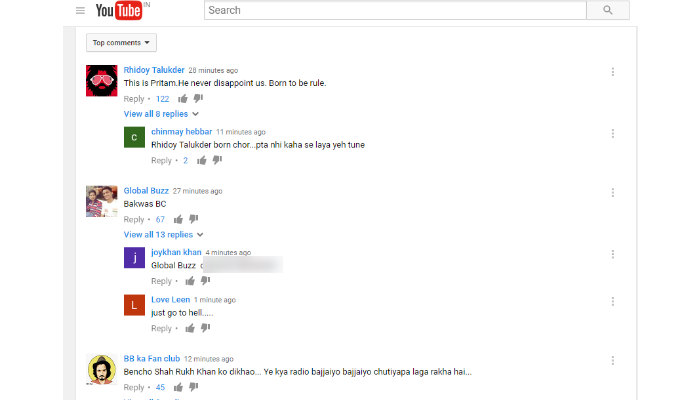 A few comments below the Radio Song video on YouTube

Meanwhile, hashtag Radio song is already trending on Twitter and the Bhai maniacs are going gaga over the song. Check these out:

Nice song and the video only adds to the charm of the song. Salman looks refreshing.
PS: Who is that cute girl in red sweater? #RadioSong

Chartbuster written all over it #Radiosong Tubelight

Produced by Salma Khan and Salman Khan under their home banner, SKF (Salman Khan Films), Tubelight is releasing on June 23.