Actors like Zeeshan Ayyub need to be celebrated more than they are. It comes easily with Zeeshan Ayyub to make his presence felt despite the movie having renowned stars. The examples of Raees and Tubelight, prove that Zeeshan is not someone who can be overshadowed by superstars Shah Rukh Khan or Salman Khan. The actor now has many hit movies to flaunt in his resume, but apparently, he doesn’t believe in it. After every movie of his that turned a hit, be it Raanjhnaa or Raees, Zeeshan said he didn’t think these movies would become so huge.

A National School Of Drama graduate, Zeeshan made his debut in 2011 movie No One Killed Jessica. As the negative lead, Zeeshan delivered quite a powerful performance. While No One Killed Jessica gave Zeeshan his big Bollywood break, it was 2013 release Raanjhnaa that did the job for him. As Murari, the friend of Kundan (Dhanush), Zeeshan stole many hearts. His dialogue delivery was apt in all scenes, whether it was telling Kundan how his wretched love life was the reason for his doom. Then came Tanu Weds Manu 2 and Zeeshan gave the term Kandha, something which was widely used. 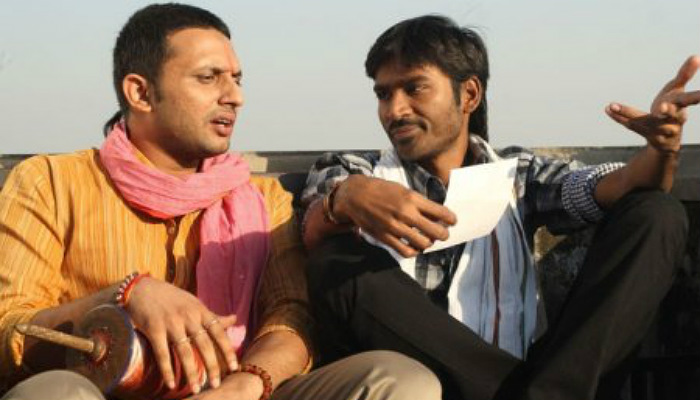 Zeeshan and Dhanush in a still from Raanjhnaa (Indian Express Photo)

From playing Dhanush’s friend, Zeeshan essayed the role of Shah Rukh Khan’s confidante in Raees.His friendship with SRK was one of the highlights of the movie and also proved that Zeeshan has the capability to steal thunder from a star like King Khan. For Zeeshan Ayyub, the entire experience of working in Raees was special.

After working with Shah Rukh Khan in Raees, Zeeshan worked with Salman. In Tubelight, Zeeshan displayed what the herd mentality looks like. While Salman Khan did not let go of his faith in trying times, Zeeshan challenged the same on each step. The conviction with which Zeeshan stands strong in front of acting stalwarts is the one reason why it is impossible to forget him after watching the movie.

Give him any kind of role and Zeeshan makes it his own, so much so, that it becomes difficult imagining anyone in that character. In one of his interviews, Zeeshan was asked if he was waiting for any particular kind of role. To this, he had said, “feel an actor’s job is to just act. If I were to decide that I want to play something like this, I will play it in a pre-planned way. There will not be any art to it then.”

Also read: 6 reasons why the world needs to appreciate the underrated Jimmy Sheirgill

By the look of it, Zeeshan is definitely redefining the art of acting. From a theatre actor to now doing prominent roles, Zeeshan is making all the right noises.

@Mdzeeshanayyub during an act TAJMAHAL playing the character of DARA SHIKOH in the year 2007. pic.twitter.com/1emF7tGzF7

He is also a poet and an admirer of literature. Zeeshan’s recital of poems go viral instantly and get him a lot of praises.

Zeeshan, all the hearts to you!