Salman Khan’s Tubelight released to mixed reviews everywhere in the country. A Kabir Khan directorial, the film is set in the backdrop of 1962 Indo-China war and tells us a brother’s story waiting for his younger sibling to come back from the war. Apart from Salman, it features Sohail Khan as Bharat, Mohammed Zeeshan Ayyub, late actor Om Puri, Chinese actress Zhu Zhu and child actor Matin Rey Tangu in pivotal roles.

The film was released on June 23 and is the big Eid release this year. While the collections of the film haven’t been very good, considering Salman’s standards, its business is expected to see a jump from today, Monday, June 26 due to Eid. While it will be too early to predict what lies in the fate of the film, what is interesting is the nature of harsh criticism and reviews Tubelight has received so far.

Yes, the film could have easily had a tighter script and less of emotional overflow, which at times looks forced in to its narrative, but thrashing the film completely by over criticising Salman’s performance is unfair.

Tubelight features Salman in a never seen before avatar. He plays the character of Laxman Singh Bisht aka Tubelight, a manchild whose world revolves around his brother. He knows nothing of the worldly affairs, except that he wants his brother to come back to him safely from the war. The performance of Salman is undoubtedly different from his previous films. Because the character he essays is very different. For example, the scene where he reaches the base camp and sees the coffins of soldiers being taken out from trucks. He freaks out thinking what if one of these coffins has the dead body of his brother. He starts looking for the name on the coffins hoping that he doesn’t find it. The particular scene has him weeping like never before on screen. This is not classical Salman Khan. 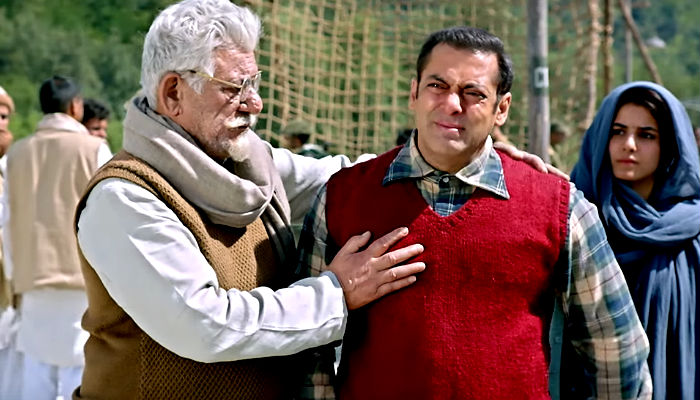 Salman Khan and Om Puri in a still from Tubelight

Another extremely prominent scene is when just after the Radio Song, he looks at Zhu Zhu while she introduces him to her father who has just returned to see her. Salman looks at the happy family of the lady and sheds tears, he’s happy for them but that pain of missing his brother on his face is evidently visible. Also, the scene where he is burning the belongings of his brother — Salman’s performance in a few scenes is completely unbelievable and that could be one of the reasons why the rest of the film doesn’t look enough powerful. But, should we not praise him for performing this good in these scenes in the film?

Tubelight has many scenes which seem to be overstretching the narrative, but taking on Salman for putting efforts in playing a character which is strictly unlike his on-screen image, is a big mistake. Also, why can’t we give him the credit for trying to do something different in a film with himself? Why can’t we appreciate him for shedding his machismo image in a film and presenting a character which might not have come across as perfectly designed but had good intention? Why do we have to be brutal in our criticism all because it’s a Salman Khan film? 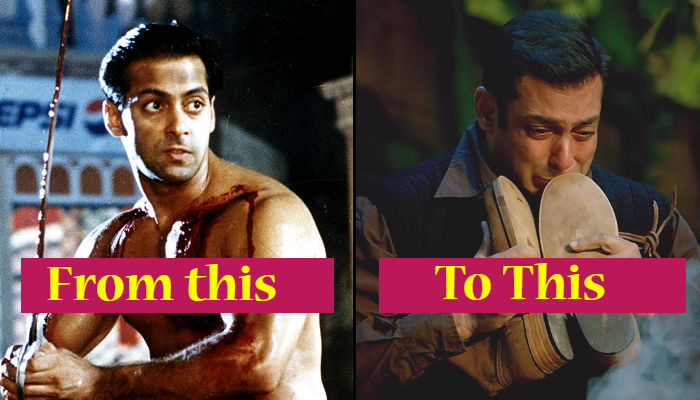 Didn’t we appreciate Shah Rukh Khan when he brought FAN, for at least doing something away from his comfort zone? Didn’t we credit him for the fact that at least he experimented and offered something else than his signature open arms on screen? FAN also got mixed reviews but we didn’t behave like berserk underwhelming haters of SRK. Why do we have to go too personal with Salman, then?

Tubelight is not a great film. But, how many ‘great’ films do we make anyway? Also, leave a good film, at least Tubelight has a good intention. Should we not encourage a man who never went ahead of carving macho, larger-than-life characters in his films and has tried to essay this simpleton character? At least, this character is more relatable than the ‘Dabangg-giri’ and ‘Wanted-ness’ he has been showing since ages now. Let’s not be mean!

Also, let’s just watch the film and decide ourselves because we know our tastes better!