Salman Khan’s Eid release Tubelight has released in UAE today. The film, directed by Kabir Khan has been bankrolled by Salman Khan himself under his home production Salman Khan Films. The movie also marks the third collaboration of Salman Khan – Kabir Khan duo after the blockbuster success of 2012 and 2015 Eid releases Ek Tha Tiger and Bajrangi Bhaijaan.

Tubelight has opened to average response across the cinemas of UAE on its morning shows. It was expected as Ramadan is going on and most of the audience will come only post 7 PM to watch the films in UAE during Ramadan. In fact, this writer had watched the opening show of Salman Khan’s Bajrangi Bhaijaan, the fourth highest running film in UAE alone on its opening show in UAE.

Have a look at the advance booking status of Novo Cinemas across UAE. 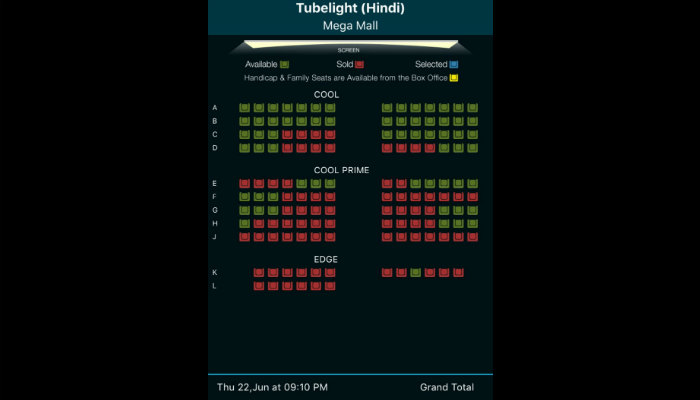 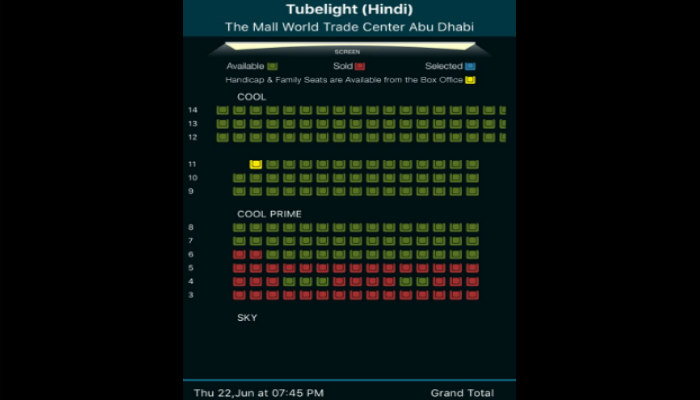 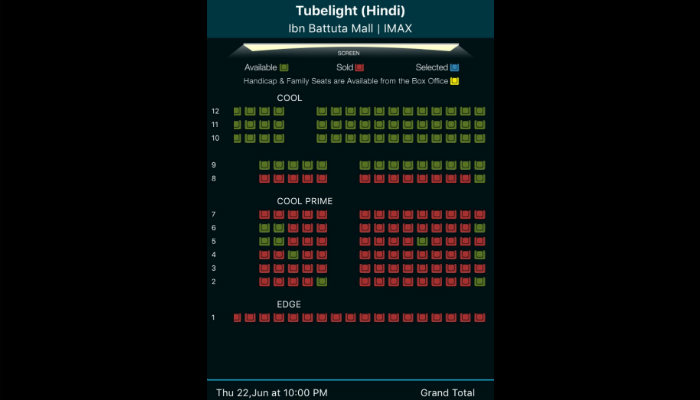 Going by the early trends, Tubelight will have an amazing run in its first week itself as the weekend holidays starting from tomorrow along with the Ramadan Holidays on Sunday and Monday. Also, the Bollywood superstar’s last two releases Bajrangi Bhaijaan and Sultan were among the top 5 Indian film grossers of UAE and Tubelight with the presence of Shar Rukh Khan’s cameo will only help the film to attract more UAE nationalities along with, of course, the Khan fans.