The much talked about movie of Akshay Kumar and Bhumi-Pednekar, Toilet: Ek Prem Katha has finally released today on August 11. Released in over 2900 to 3000 screens in India and 590 screens overseas, it seems the latest release of Khiladi Kumar has struck the right chord with the audiences. Movie goers, who watched the film today couldn’t stop themselves from praising the powerful acting skill in this Shree Narayan Singh directorial.

Written by Siddharth Singh and Garima Wahal, Toilet: Ek Prem Katha deals with the need of proper sanitation in India and is based on Prime Minister Narendra Modi’s Swachh Bharat campaign.

Featuring Akshay Kumar and Bhumi Pednekar in the main lead, the film revolves around the story of Keshav and Jaya who fall in love and get married to each other. However, the morning after the wedding Jaya comes to know that not only Keshav’s house but the entire village doesn’t have a single toilet. This issue of open defecation creates a lot of problems in their married life which leads to their separation. 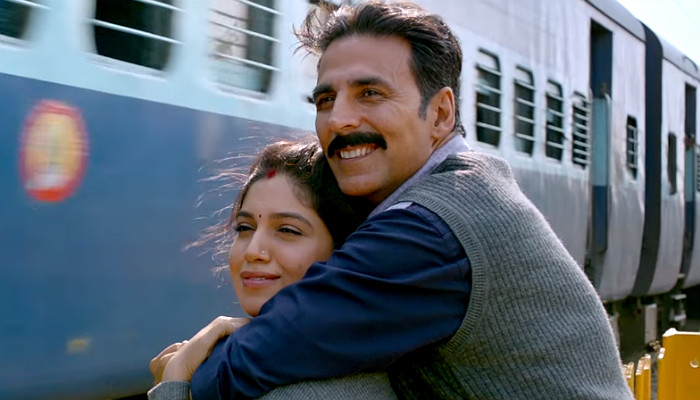 Check out what the audience has to say after watching Toilet: Ek Prem Katha :

Just finished watching #ToiletEkPremKatha .. Dear Akki and everybody involved in making this landmark movie, national award on its way.

Just finished watching #ToiletEkPremKatha .. Dear Akki and everybody involved in making this landmark movie, national award on its way.