Akshay Kumar has cleared the air on his forthcoming film Toilet: Ek Prem Katha, getting the eight verbal cuts by the Central Board of Film Certification (CBFC). While replying to the questions on the cuts by the Censor Board, Akshay said “I have read the news that the film has got eight or nine cuts from the censor board, but this is wrong. We have got three verbal cuts in the film.”

Akshay further adds,”I remember one of the cuts clearly… They asked us to remove the word ‘haraami’ and there two more verbal cuts. I don’t know from where this news comes that the film has got 8 cuts… I was surprised myself.” 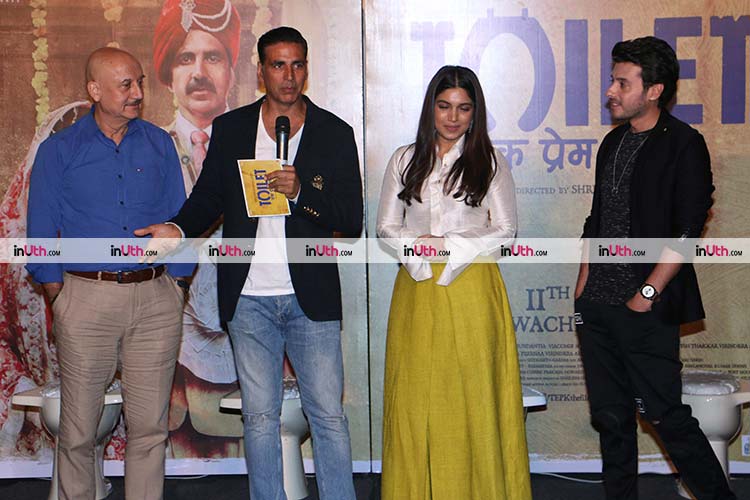 Earlier, reports were doing rounds that CBFC had ordered eight verbal cuts in Toilet: Ek Prem Katha before giving it a ‘U/A’ certification.

Helmed by Shree Narayan Singh, Toilet: Ek Prem Katha, is set to release on August 11. TEPK is a satirical take on the age old practice of open defecation in the country. The film features Bhumi Pednekar in the female lead.

Also read: Fukrey Returns teaser: All the fun and laughter aside, Varun Sharma as Choocha is the real hero here – Watch Video