The Fukrey boys are back and their journey seems to be as entertaining as their last adventure. The teaser of Fukrey Returns starring Pulkit Samrat, Ali Fazal, Manjot Singh, Varun Sharma and Richa Chadda has now been released. The teaser has definitely heightened anticipation for the film and we cannot wait to see how the boys handle their problems this time. The film is a sequel to the 2013 hit movie Fukrey.

Similar to the first instalment of the movie, this time too, the Fukrey boys have run into trouble. Only this time Chhoocha (Varun Sharma) has acquired a different quirky ability. Rather than finding lottery codes from dreams as in the first part, in the upcoming sequel, he will have the ability to seeing future. Also, in this part, Bholi Punjaban (Richa Chadda) will be seen released from jail and add to the chaos the boys would have to deal with. 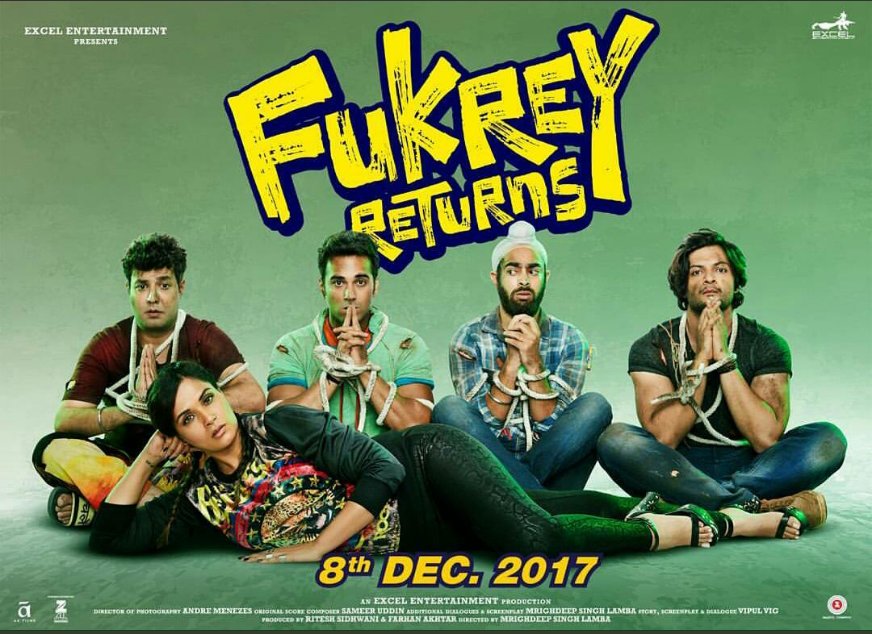 Not a lot seems to have changed when it comes to characters, which are the same as in the first instalment. Hunny (Pulkit Samrat) still seems to be the confident one, Zafar the sensible one and Lali the one who questions everyone’s attention. The movie also focuses on Choocha’s never ending quest to gain Bholi’s attention, and going by the teaser the mix-bag of characters seem to ensure that the movie will be a fun watch!