If you haven’t watched Baahubali 2 yet then you are in for a spoiler. When an uncouth army commander (a Senapati at Bhallala Deva’s court) takes the opportunity to touch women inappropriately, Devasena is having none of it. Pregnant and furious, Devsena grabs the army commander and slices off his fingers. For some, the scene may have seemed a bit too barbaric. Baahubali’s reaction is epic when he is told how an army commander tried to lay a hand on his pregnant wife: “Aurat par haath daalne wale ki ungaliyaan nahin kaat tey, kaat tey hai uska gala.” (Those who touch a woman inappropriately, it is not their fingers, but their throats that should be cut). While this reaction is winning hearts of feminists left, right and centre, it also raises an important issue considering the entire debate around the much-awaited verdict on Nirbhaya’s culprits or women safety per se.

While people have been applauding the fact that Baahubali 2 is more progressive than the first edition of the saga, it may not be a champion of feminism. Popular culture has more often than not play with the idea of the benevolent patriarch and here is why Baahubali 2‘s most impressive scene brought whistles in the PVR halls and filled the screenings with applause. Amarendra Baahubali’s intervention as the male feminist ally rooting for the voice of the women being harassed comes like a breath of fresh air.

You can’t help but notice the striking resemblance with the epic, Mahabharata where Bhallala’s character appears almost Duryodhana-like, egged on by his father, who is quite similar to Shakuni Mama. Bhallala’s enslavement of Devasena in Court and for many decades to follow is actually what binds the two chapters of this epic folklore. In her wrath to seek revenge, she embodies the quest between the two movies and the need for addressing the injustice against her.

On the other hand, Sivagami’s character shows how patriarchy can often be internalised. She appears to be a feminist fighting society’s norms head-on but she eventually feels that a man should rightfully succeed the throne.

Critics may still not be appreciative of a film where the choice of a woman choosing her partner is over-ruled by her mother-in-law to be. The fact that Baahubali 2 in its own tiny baby steps attempts to make a difference on the entire equality debate is a fresh start, one that should be taken as a harbinger for the given stronger roles to woman characters in Indian cinema. 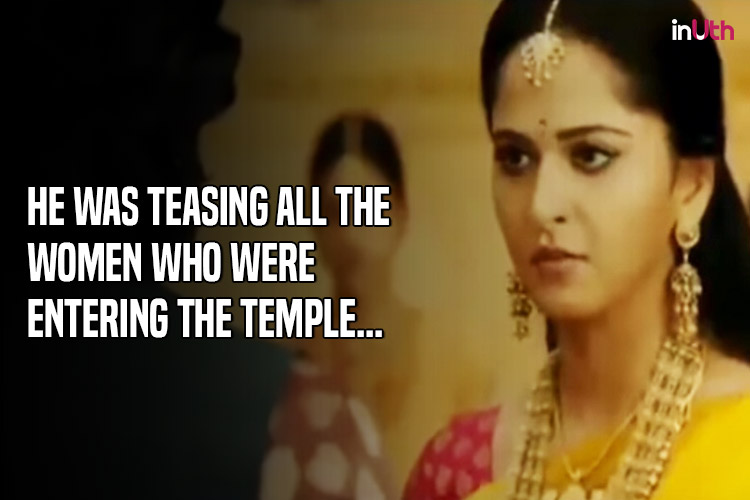 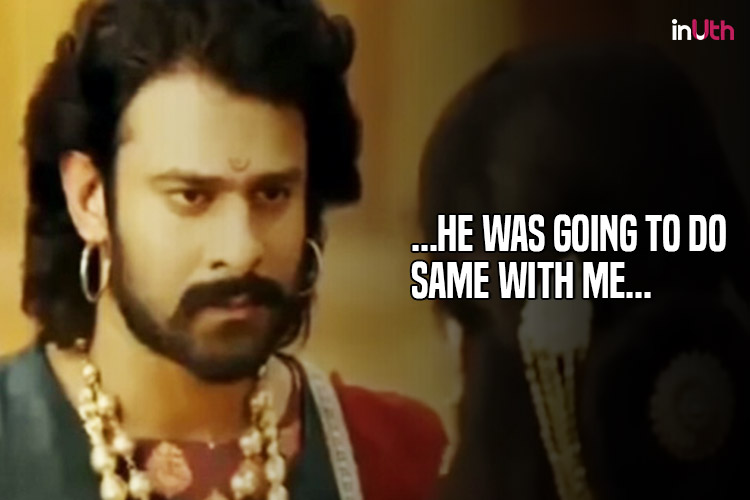 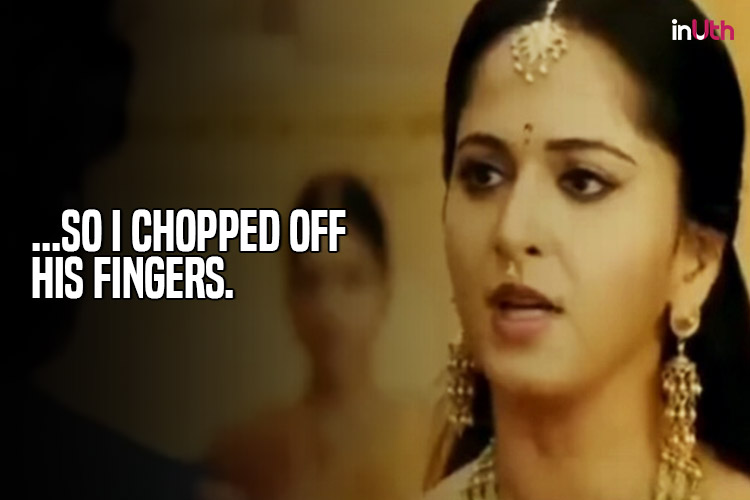 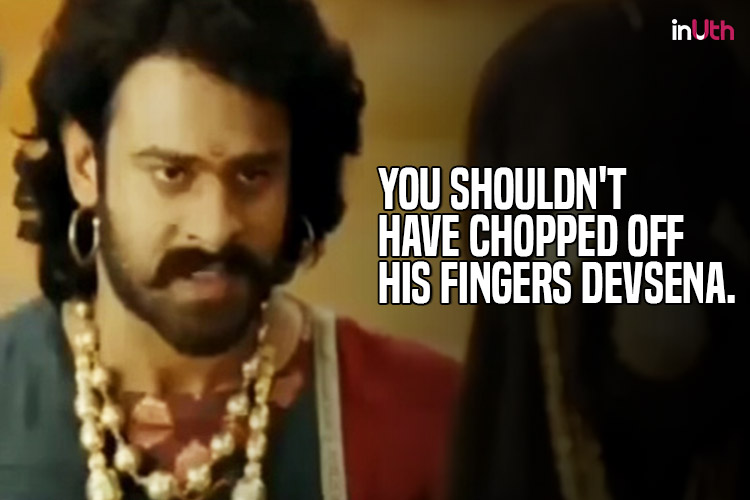 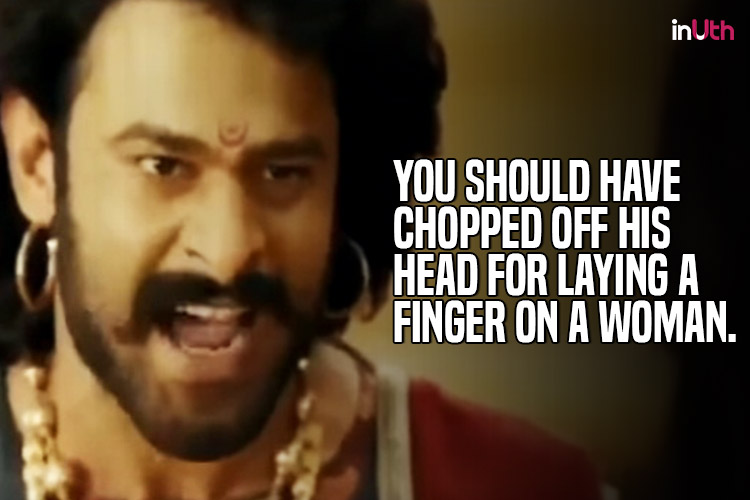 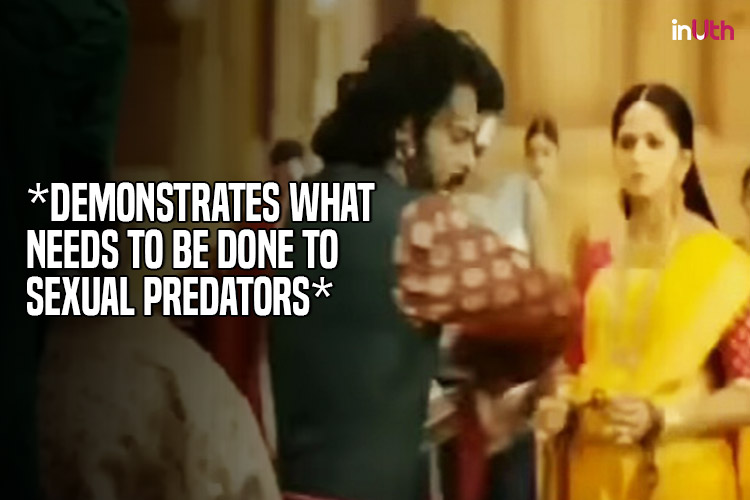 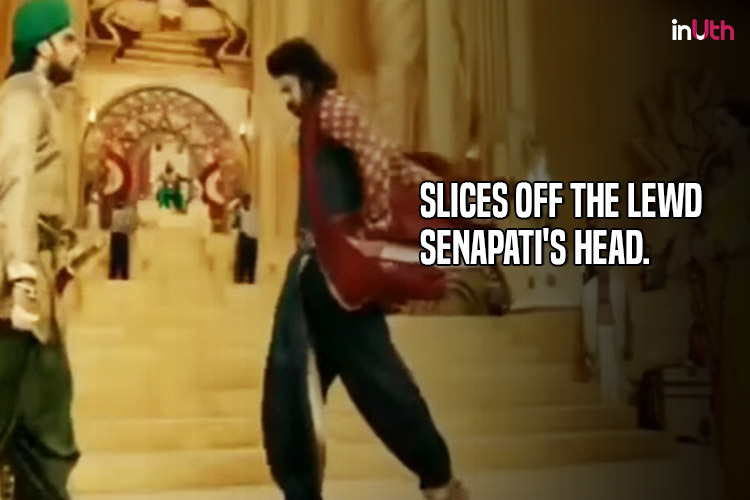 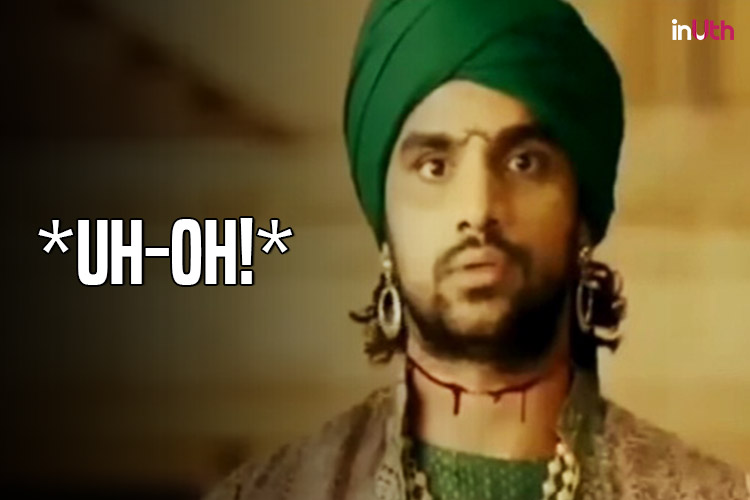 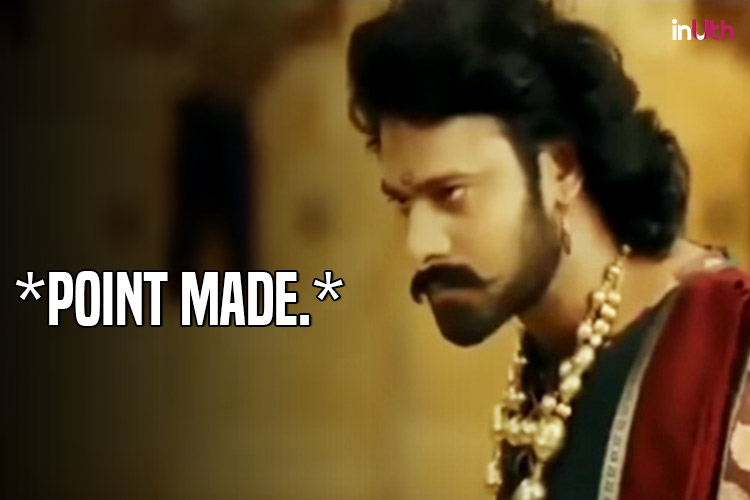 Also read: Is Rana Daggubati’s next after Baahubali 2 based on Rajiv Gandhi assassination?

Twitter has been trolling sexist comments, misogynistic arguments and tweeting about the Nirbhaya verdict with screenshots from the film. This scene from the S. S. Rajamouli blockbuster where Devsena is presented before a court for having chopped off the fingers of an army commander has been going viral, with Twitterati creating memes and even sharing the available clips of the scene with the hashtag #naarisamman or #respectwomen.

Cannot get Devasena out of my mind. Whatta woman!Never did she ever flinch 4anything. Salute Anushka for such grace! #BahubaliTheConclusion

In the words of Amarendra Baahubali – the man of steel and substance. #ThursdayThoughts #Baahubali2 pic.twitter.com/OgQy8lr8H8