After taking a long paternity break, Shahid Kapoor is back in action. He is all set to play Rawal Ratan Singh in Sanjay Leela Bhansali’s Padmavati. For the first time, he will be seen opposite Deepika Padukone as her husband in the film, while Ranveer Singh will be seen as Alauddin Khilji — the medieval-era the sultan.

Recently, Shahid took to Instagram to share his first-day shoot. Is this Shahid’s look for his upcoming? Well, it seems so. 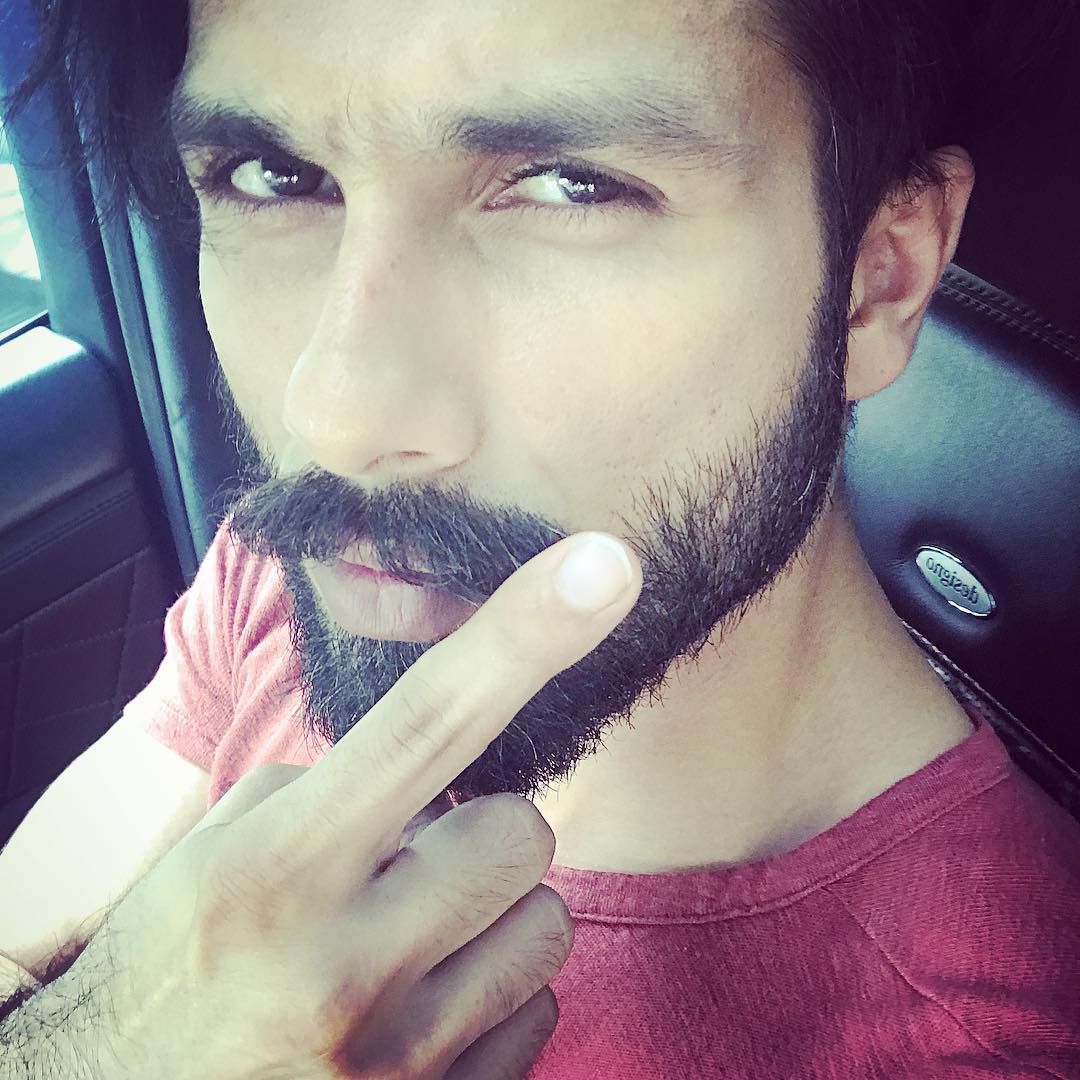 Shahid has, time and again, proved his brilliant acting skill through his movies. This will be Shahid’s first time to work with Bhansali, while Ranveer Singh and Deepika Padukone have earlier worked in his Goliyon ki Rasleela — Ram-Leela, and Bajirao Mastaani.

Also read: Shahid Kapoor trains like a beast for his film Padmavati and these workout videos are a proof of it!

Also read: Shahid Kapoor met fully pregnant Kareena Kapoor and what happened next will put a smile on your face

This historical period drama will be shot on a grand scale. Earlier, Ranveer too took to Instagram to share his first look from the film:

Also, Earlier this month, the sketch of Deepika in full Rajput princess regalia was doing rounds on the social media. She sporting traditional jewellery including a nathni and maang-teeka, with her hair covered, it looked that it was her look from the movie. However, later it was revelead that the sketch is not her look from Padmavati.

Also read: Here’s why we are excited for Deepika, Shahid and Ranveer’s Padmavati

Casting Director, Shruti Mahajan took to Twitter to announce that the sketch is not Deepika’s look from the historical film. She tweeted:

Later, the artist who had made the sketch clarified with a tweet saying:

Its Not A Fake Acc But Dat Sketch Ws Based On My Imagination..and i dint anywer mention that it is her look @ShobhaIyerSant @ShrutiMahajan01