Shah Rukh Khan’s train journey for the promotion of Raees grabbed many headlines and is still one of the most talked about controversies in recent memory.

The actor travelled by August Kranti train from Mumbai to New Delhi on January 23 and a large number of people gathered at various railway stations to see the superstar. The situation became troublesome as police were not able to control the mad crowd and the event turned out to be disastrous.

Following which, a FIR has been filed against SRK and others by The Government Railway Police (GRP) in Kota, Rajasthan.

The case was lodged following a complaint by Vikram Singh, who owns a food trolley at the Kota railway station. The complaint has been filed under several charges for rioting and damaging railway property during the film promotion.

Also read: Watch: This behind-the-scenes video of Raees will make you fall for Shah Rukh Khan even more 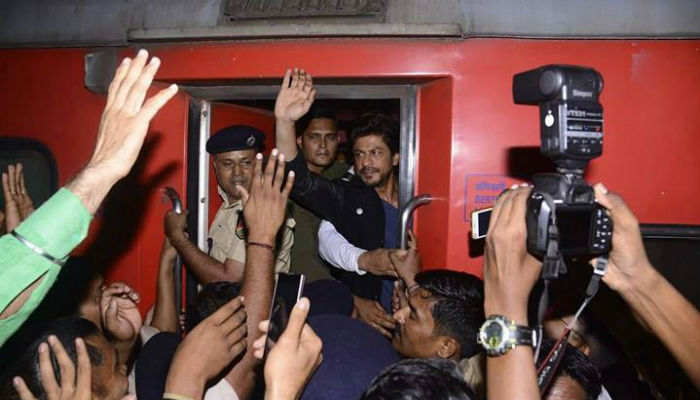 Also read: Watch: Shah Rukh Khan romancing Mahira in this song from Raees will make you wish it wasn’t deleted

In his statement, Vikram told that when Shah Rukh’s train briefly halted at the Kota station, he stood at the coach’s gate and started throwing some gifts towards the crowd and one of them fell near Singh’s food trolley. His trolley was damaged as the crowd rushed to grab the gift and in all the ruckus, money from his trolley was also stolen. 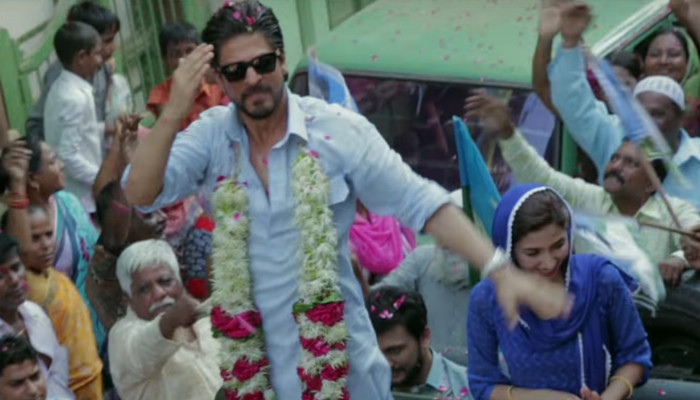 Singh’s food cart was damaged in the chaos and he had also suffered injuries for which he had to undergo treatment.

With so many controversies around his train journey, we wonder if Shah Rukh is thinking if this was the best idea to promote a film after all.