Troubles for Sanjay Leela Bhansali’s Padmavati doesn’t seem to end. After vandalism on the sets, the film has faced another setback due to the ongoing strike of Federation of Western India Cine Employees (FWICE). The technicians have threatened to disrupt film’s schedule and cine employees too have offered their support. The strike is being supported by choreographer Saroj Khan, Sham Kaushal and Binod Pradhan. This is a major set back for the film as Bhansali had been looking forward to wrapping up the shooting for Padmavati.

According to the reports published by a leading daily, a source said “The crew was clocking in almost 18 hours’ work every day to make sure the film keeps its release date. But, the protests have slowed down the film’s shoot. Now, the team is barely able to shoot for eight to 10 hours a day due to reduced staff strength.” 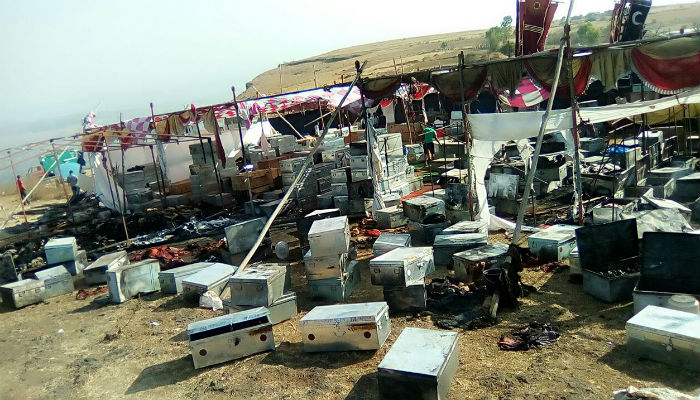 Also read: Did Deepika Padukone miss out on a Hollywood film due to Sanjay Leela Bhansali’s Padmavati?

Ranveer Singh, Deepika Padukone and Shahid Kapoor-starrer Padmavati has already faced many delays ever since it went on the floor. And this strike comes as a major blow to Bhansali. The source added “The production house has given Bhansali a final word that he cannot overstep the deadline, due to monetary constraints. If the technicians do not get to work soon, Padmavati will be adversely affected.”

The source also revealed “Another 15 days of this schedule and Bhansali will miss the release date. Only a miracle can make him release the movie on that day then.” Padmavati is scheduled to hit the theatres on November 17.