Eminent journalist Sagarika Ghose published her book Indira: India’s Most Powerful Prime Minister, last year. Taking to Twitter, she has revealed the book will be made into a movie. A deal for the movie rights of the book was signed today between Ghose and Siddharth Roy Kapur and Vidya Balan.

Just signed the contract for movie rights for my book “Indira, India’s Most Powerful PM” with @vidya_balan and @roykapurfilms! Utterly elated!! Look fwd to seeing INDIRA on screen! @juggernautbooks #IndiraTheMovie

Upon release last year, the book became a talking point. The book dug deep into the life of Gandhi, India’s first female Prime Minister. The book considered Indira Gandhi as ‘insecure daughter, betrayed wife, national heroine, tough dictator’. Sagarika wrote about Indira Gandhi’s ‘suffocated marriage’ with Feroze Gandhi and called her ‘the original sari-clad bahubali, who watched over the nation’s borders like a knight astride a charging warhorse as if ever-ready for battle.’ 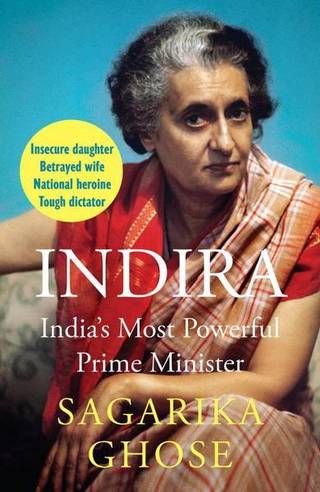 Also read: When a young Indira Gandhi showed glimpses of her leadership qualities during freedom struggle

However, the book had largely negative reviews on Amazon. Many users of the website said the book was full of lies. Here are few reviews:

It is left to be seen how will the silver screen adaptation of the film be received? With censorship clamping down the artistic liberties of filmmakers, will this movie see a release without any controversies? Only time will tell.