On his 38th birthday on Monday, October 23, Baahubali fame Prabhas surprised his fans with the first look poster of his upcoming multi-lingual film Saaho. The poster features Prabhas in an all-black mysterious avatar covering his face with a mask and staring menacingly into the dark. As soon as the poster of the film found its way on the internet, Twitteratis had a lot to say about Prabhas’ intriguing majesty.

While some loved the Rebel star’s ‘intense’ look, others pointed its striking similarity to Hollywood film Blade Runner 2049. From the futuristic mist and dust like atmosphere to the long black outfit, Twitterattis were quick to conclude that the first look poster was indeed a shameless rip-off of Ryan Gosling starrer Blade Runner 2049.

Also Read: Did Prabhas’ Saaho just got bigger with a ‘reincarnation’ twist in the story? Details here

For starters, check this out:

is it just me or anyone noticed that this poster looks very similar to blade runner 2049 ?

Check out the images here: 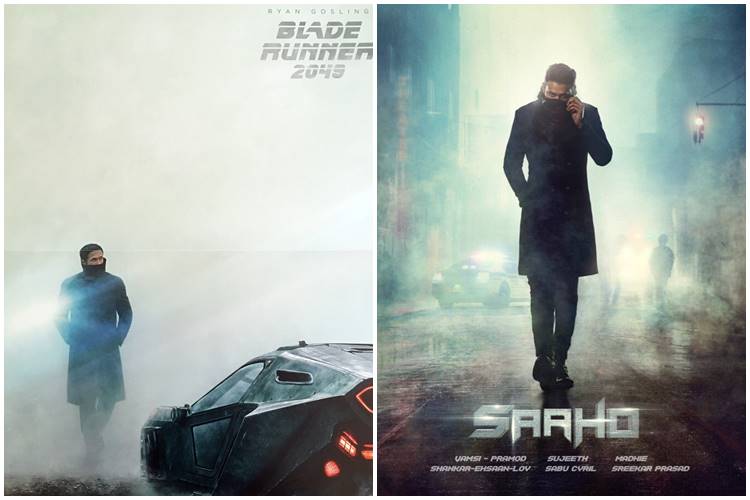 Apart from Prabhas, the upcoming film also features Bollywood actors Shraddha Kapoor and Neil Nitin Mukesh. Written and directed by Sujeeth, the film is being shot simultaneously in Hindi, Tamil, and Telugu. Saaho will hit the screens next year.

Do you think Saaho’s first look poster is a copy of the Blade Runner 2049?