Ritesh Sidhwani launched the teaser trailer of Fukrey Returns at an event in Mumbai on Tuesday, August 8, following which we got to speak with the producer. In the interaction, Sidhwani promised that Fukrey Returns would live up to the expectations that the previous movie had set. He also emphasised that they made a conscious attempt to enlarge the scale of the film but at the same time strived to retain the innocence in characters as well as story telling.

When asked if he was excited about the sequel, he said:

“We have just launched the teaser now as the film is releasing in December. Fukrey came as an underdog and on that level, it worked very well and got extremely popular on television. I think the audience of this has grown and that’s the reason why the scale of this film has gone up. Fukrey Returns would have a lot of expectations but I think story wise we have retained the essence. It is a sequel in the true sense. It is still set in Delhi, but to engage the audience, the screenplay was written keeping the expectation in mind.” 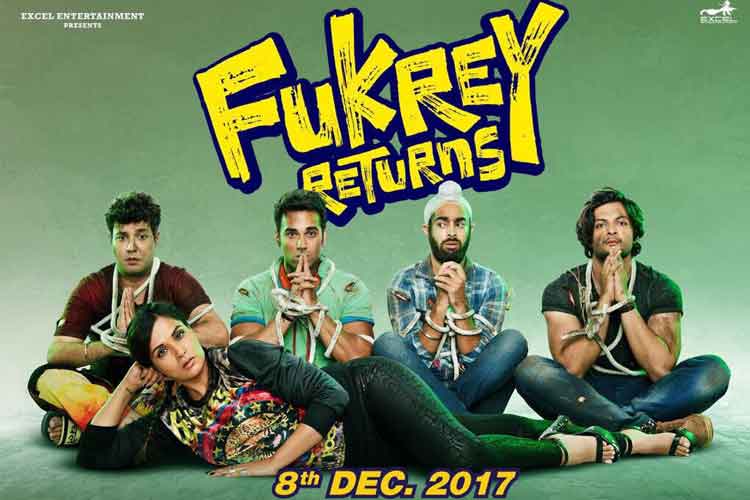 The industry off late has not been able to churn out successful mass entertainers, with films like Tubelight, Jagga Jasoos and Jab Harry Met Sejal having failed to gather much interest. When asked if the content had become the key to success, Sidhwani said:

“Content has always been the king. The content is the reason why people come and pay money. No one wants to watch a bad film. Sometimes you go, but sometimes you do go wrong. It is sad that films have not done well of late, but there has been a phase where 5 films have also worked. I hope that things take a big turn from this Friday and films start doing well again.” This Friday will see the release of Toilet: Ek Prem Katha, which many hope would end the drought at Box Office.

Talking about the reason to make a sequel to Fukrey, the producer said that it is the love of the audience for Fukrey that encouraged them to come up with a sequel.

“There is a big fan following for this film and we have made this film only to enhance their experience. People wanted to see a lot of these four boys and Bholi Punjabi and that’s what we have done,” said Ritesh.