Raveena Tandon’s Maatr deals with a strong subject. It talks about rape, its victim and the rapists. But, what it also talks about is the behaviour of society, law-bearers, family and friends towards the victim.  A rape is a rape. There can’t be a measurement of the brutality of rape. It’s a crime which by its very nature is brutal.

The Raveena Tandon film, which was stuck with the Censor Board for so long finally saw the light of the day. After reducing the ‘brutal’ rape scene of nine minutes to three minutes, the CBFC passed the film and also beeped a few cuss words. In the film, Raveena plays the character of Vidya Chauhan, a school teacher and a mother of a teenage daughter. One unfortunate day, when the two are heading towards their place in a car that Vidya is driving, they are hit by a car of seven men. One of them is the son of a chief minister. Both the mother and daughter are gang-raped and then are thrown on the road-side thinking that they are dead. While the daughter passes away, Vidya, after being recovered, sets on a voyage to get revenge of justice. Law is again a puppet of the influential here and that’s why a mother sets on a killing spree in a way which makes it difficult for anybody to find out that she’s the actual killer. 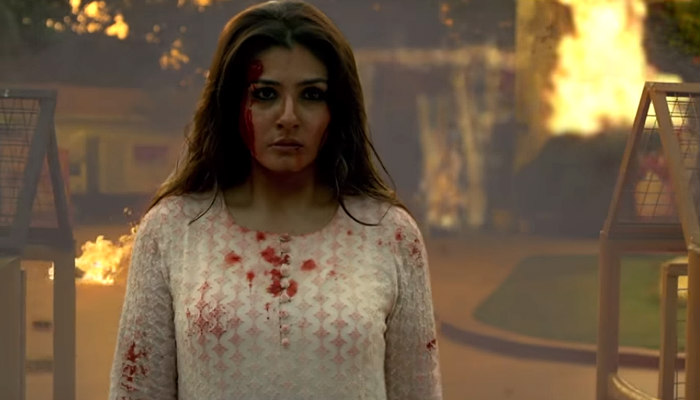 Raveena Tandon in a still from Maatr

Now whether this way of getting justice or how the film deals with the atrocities of a rape victim are fine or not, is a different debate. What Maatr also questions is the need of a man as a support in the life of a rape victim. Vidya’s husband blames her for being raped and also for the death of their daughter. So much so is the anger that he doesn’t wait for his wife to recover to see the final rites of her daughter. Even when she is back home, he avoids her fully and finally asks her to leave his place and live alone. Vidya leaves the house, with no question, no argument. Even when he calls her back asking her to stop continuing her vengeance drama, she silently listens to him and put the phone. Is this the right way to deal with the spineless men in our lives? Not that any woman is inefficient in living a happy life without men, but how do women deal with husbands and boyfriends who leave her stranded amid grief and problems in life? Wasn’t Tia Vidya’s daughter too? She saw her being raped in front of her eyes. The indispensable fact that she couldn’t do anything to save her child would haunt her for life. But, her husband chose to abandon her. But, why did Vidya had to wait for the man to show her the way out of his life? She knew her husband blamed her for the murder of their daughter and that even an inch of love was impossible to expect from him.

It’s important for any woman to realise that no man is important than her dignity. Our husbands or boyfriends who we love so deeply, do not even deserve our slant gaze if they do not respect us. Probably that’s why in any relationship, the bar of respect for each other has to be always higher than love. Vidya knew that her husband will never give her the respect of that of a woman. He will never understand that the loss is mutual and Vidya’s suffering is much more than him. She has just not being made to fail as a mother but also has been hit brutally as a woman. Still, she tried to find solace in the company of her husband. 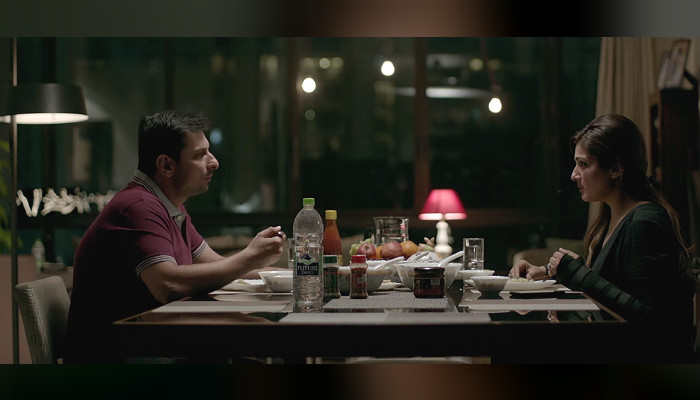 A still from Maatr

No. Women have to stop searching for sympathies in men every time they are struggling to get over something very excruciating. No woman needs or should want a man who refuses to conform to the respect she deserves, not because she’s his wife or girlfriend but because she’s a woman.

Maatr might show a woman who is ardently self-sufficient in getting the justice, but it fails to show a woman who is capable of giving a tight kick on the butts of her contemptible husband. It does fine when it talks about law and inefficiency of the ones in the judiciary towards assuring justice. But, it doesn’t show a woman giving it back to a man whom she had given the status of being closest to her feelings.

Ladies, there’s only one person you truly belong to. It’s you, yourself. Fall in love, get married but also be wise and strong enough to not sacrifice on your dignity at any point to anyone. Yes, it’s difficult to realise that the one you loved never really deserved you. But, learn to straighten the crown and move on.