It has become somewhat of a rarity for the reclusive Rani Mukerji to give interviews. But with her upcoming film Hichki releasing on March 23, the actress is doing the usual rounds of promotions and sat down with Anupama Chopra to discuss films. Perhaps the biggest (read: most disappointing) takeaway from the interview was her reluctance to opine on equal rights for female actresses in the industry. Not that that thought is new to an industry which considers itself immune to every social issue that matters. 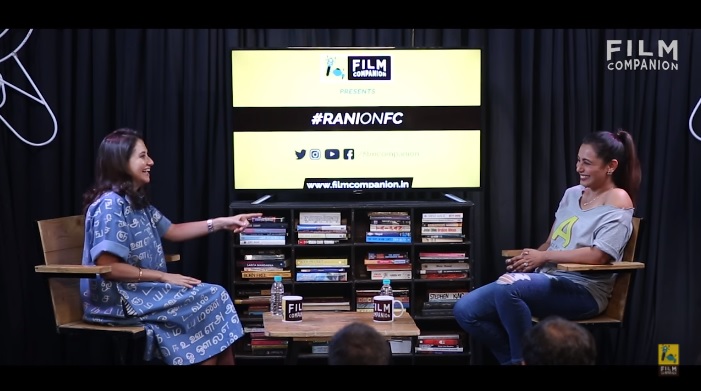 From Padmaavat to Papon, this industry has preferred to gloss through scandals and problems. It almost feels like the only issue that bothers these big stars are their movie promotions and its success at the box office. Anything that promotes themselves, basically.

Strangely, while promoting a film about things that society considers hindrances, Rani Mukerji would not give a decisive opinion on ageism, sexism, pay parity, and equal rights. Strange, yes. But not surprising.

In the interview, 39-year-old Rani, talks about how she is now conscious about the roles she chooses. In an industry, where 50-year-old actors are seen romancing 20-year-old actresses, Rani’s cautious approach to romantic roles yet again highlights the disturbing fact that lopsided ageism in this industry. 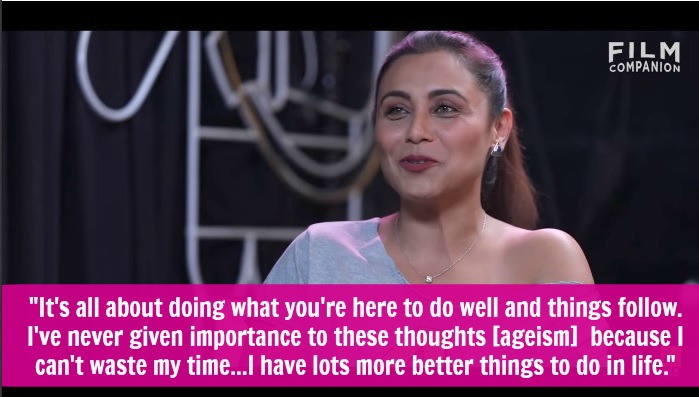 When Chopra points this out, Mukerji laughs it off and says, “Ask your husband (director Vidhu Vinod Chopra) to make a film and cast me and Ranveer.” And very next moment, she belittles the entire issue by calling it a ‘waste of time’. Because exposing sexism in the ways men and women are treated totally is. Right, Rani? *hic*

Anupama Chopra mentions how it is not just the Khans, but even young actors are paid much more than their contemporary actresses. Chopra goes on to mention how Sonam Kapoor talked about turning down a movie offer because she was ‘getting paid shit’. Rani Mukerji cuts her short, and says it’s just a ‘Hichki’. Addressing ‘all the people’ talking about pay parity, Mukerji tells them to concentrate on their job and hone their ‘acting skills’. 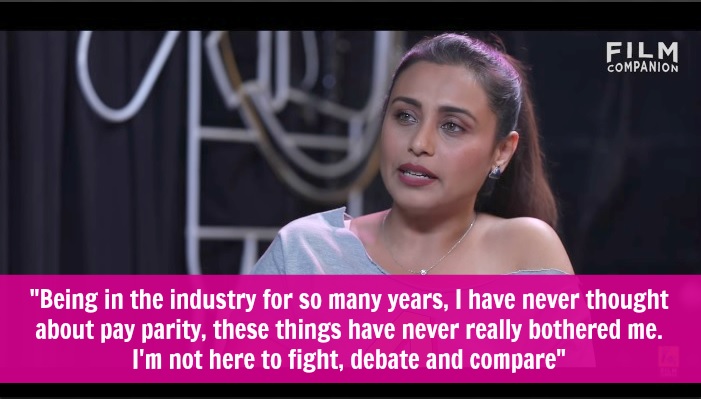 Looks like nobody’s told Rani that one of India’s highest paid actresses, Kangana Ranaut (Rs 10-11 crore) is still paid about 40-44 crore less than the highest paid actor (Salman Khan charges Rs 55-60 crore per film). So are you saying Kangana’s acting is as honed as Salman’s? We’d LOL but we can feel a hichki coming.

Also read: Bollywood’s most outspoken actors Naseeruddin Shah & Kangana Ranaut sat down, and it was a riot