But at BBC’s HardTalk with journalist Zeinab Badawi, the actor was bombarded with questions which made him visibly uncomfortable, but he answered them all. Okay, fine. He responded to all the questions, but at times without actually answering. 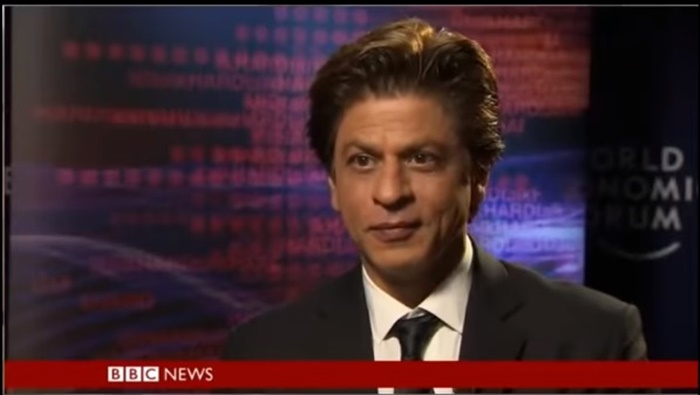 On Bollywood and sexism

On being asked whether Bollywood films need to change content-wise to appeal to a wider audience, Shah Rukh Khan said:

“It has to. And maybe I’m completely wrong but unless we change our screenplay technique, unless we make our films shorter and perhaps, not every film can have song and dance. The movies should be shorter too.”

Coming to the hard-hitting questions, the actor was asked about gender pay discrimination (LOL at the irony, BBC), sexism in movies and instances of sexual harassment in the Hindi film industry. The interviewer mentioned Kangana Ranaut, who never revealed any details, except for perhaps initiating the discussion in an industry which chooses to rather overlook it. The more recent example could’ve been Swara Bhaskar. SRK danced around the question with so many impressive-sounding sentences, it would be easy to miss the fact that he never actually gave an answer.

In response to the sexual harassment bit, Shah Rukh said that he has made it quite clear that nobody would ‘dare’ misbehave with a woman on his set. Asked if he is comfortable with female leads whose role revolved around his, and actresses being ‘scantily-clad’ for no reason, a visibly perturbed Shah Rukh said:

“I am most comfortable having starred in all those movies and cannot remember any such movie where any actress was scantily-clad… My films revolve around the women and I run around the women. Name one of them where it isn’t so.”

The interviewer was clearly at a loss of words since it’s pretty obvious that she’s clueless about Bollywood in general. Her lack of knowledge when it came to Shah Rukh Khan films, and vaguely inconclusive data used illustrate her questions, were annoying to say the least.

On his philanthropy and his warped idea of beauty

Answering to the question why he chose to work for the cause of acid attack survivors, Shah Rukh revealed how his concept of beauty was totally skewed:

“As you know, I have always been surrounded by beautiful women in the industry and my life is surrounded by women. Then, I came across a couple of them [victims/survivors of acid attack] or who’ve been subjugated, and it’s very hurtful but I was scared to see them, initially because they’ve been disfigured.

He, then, proceeds to talk about his cause:

Shah Rukh Khan *finally* spoke about dissent, freedom of speech, the Padmaavat controversy and Hindu nationalism. But don’t get your hopes up. It was pretty disappointing. Or rather, he answered in his typical Shah Rukh Khan-esque way:

“We’re the biggest democracy in the world and dissent is a part and parcel of that. I think when you’ve a story, people should discuss it rather than taking stand-off positions.” 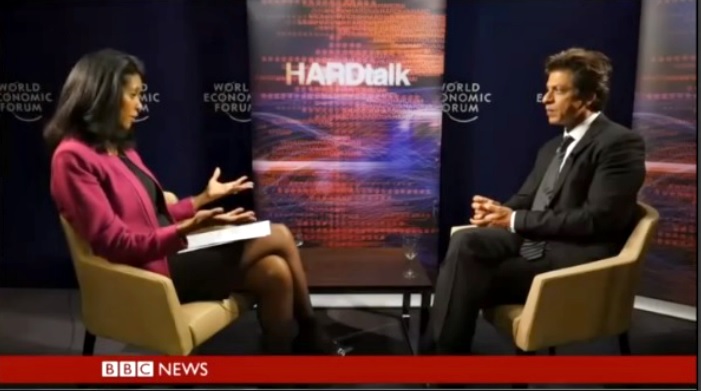 “No, I don’t think so. Because of social media these things seem a little bigger. In fact, I see that people are connecting and we’re on the cusp of something inclusive and integrating.”

On the Padmaavat controversy:

“At the end of it, as a film-maker, as an actor, as an artist, wish their artwork is watched and enjoyed at ease. I have also come across such incidents when I realised that I’ve stepped on some toes, I may have offended someone and I have changed it. My act shouldn’t irk you or disturb you.’

There you go. He was asked hard-hitting questions, sure. His answers unfortunately couldn’t keep up. But we don’t blame him. Not everyone can stomach the harassment that comes with taking a stand in our country today. Specially not someone who is a ‘brand’. And a popular, mass-appeal brand at that.