Shah Rukh Khan has been living up to his tag as the King of romance for more than two decades now. After a really long time, he became the lover many adored for Jab Harry Met Sejal. The movie directed by Imtiaz Ali and featuring Anushka Sharma in the lead released on August 4. The reviews the movie received have been mixed to poor and the first day collections have been below expectations. While many critics were of the opinion that this is Imtiaz’s worst film ever and Shah Rukh was wasted in the film, this article is not about that. Instead, it is the fact that Shah Rukh Khan doled out an important relationship advice.

Even if you haven’t watched Jab Harry Met Sejal till now, you would know this film is a love story of two people from opposite universes. Shah Rukh Khan is a tour guide, who although shows path to people in Europe, lost in real life. After a surprising turn of events, Harry runs into Sejal (Anushka Sharma), who takes him on a trip to find her engagement ring. Reluctantly Harry goes on a trip with her and later the two develop affection for each other. 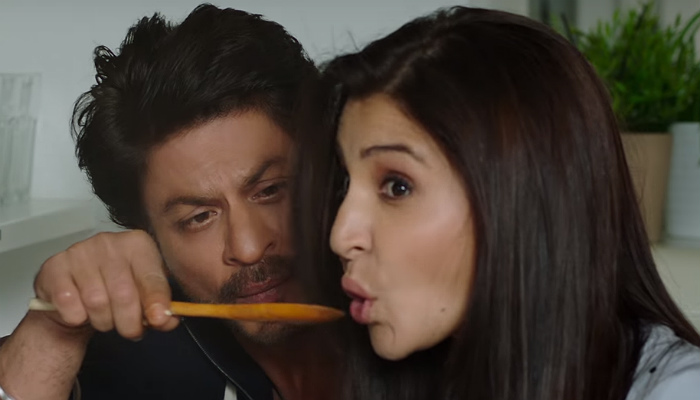 The chemistry between Shah Rukh and Anushka catches one’s attention. More so because the entire film has no one else but them in the frame. As the two fight demons in their minds, Shah Rukh reveals an important lesson towards the end of the movie. Without giving away a spoiler of any kind, let me tell you that Jab Harry Met Sejal is a lot about filling the void in your life with the presence of the one you love.

Also read: Kaira to Sejal: What the names of Bollywood’s female leads tell us about them

Harry and Sejal, both seem lost in their lives. Despite belonging to an affluent family, Sejal seeks an escape where she could understand herself better. Harry, on the other hand, is cynical and takes everything with a pinch of salt. The tour guide doesn’t have much to give to his lady love but his emptiness and void. According to him, this void will get through her on tough days.

During times when relationships have become about materialistic things and objects, Shah Rukh Khan proves in Jab Harry Met Sejal that emptiness is also a gift. In our bid to seem perfect to our partners, we fail to aspect our flaws. Baring the ugly part of ours and accepting our flaws is what makes a relationship perfect. And as Imtiaz Ali himself said once, “Flaws is what makes love stories beautiful.”