After dating each other for over eight years, Ranbir Kapoor and Katrina Kaif shocked everyone with their split. The duo will next be seen in Jagga Jasoos post their break-up. It was reported that the duo shared not-so-friendly relations on the sets of Jagga Jasoos while filming for Anurag Basu’s directorial. She recently shared the behind-the-scenes video on her Facebook page. In the video shared by the official handle of UTV motion picture, Katrina Kaif is seen explaining how she made ‘sacrifices’ to let Ranbir Kapoor shine in the film.

Katrina Kaif is an amazing dancer and she has proved that time and again by performing to dance numbers like Kala Chashma and Kamli. But, in the latest video, she is seen admitting that she had to slow down her speed so that Ranbir could match up with her. Talking about the same, she said:

“When you are dancing with novices, the key is you have to try and slow it down and support them. So I am slowing it down as much as I can so that Jagga (Ranbir Kapoor) can keep up with me.” She added:

“Sometimes I just overshine the shot so much that, Dada (Anurag Basu) will be like ‘Katrina, slow down, slow down. Sometimes you just keep yourself under control to allow the other person to shine. Sometimes, you got to just sacrifice so that the other person can come out stronger and get their confidence back. I am generous that way. I was kind of accidentally making mistakes.”

Also read: Salman Khan and Katrina Kaif’s funny banter at IIFA event will teach you how to deal with exes 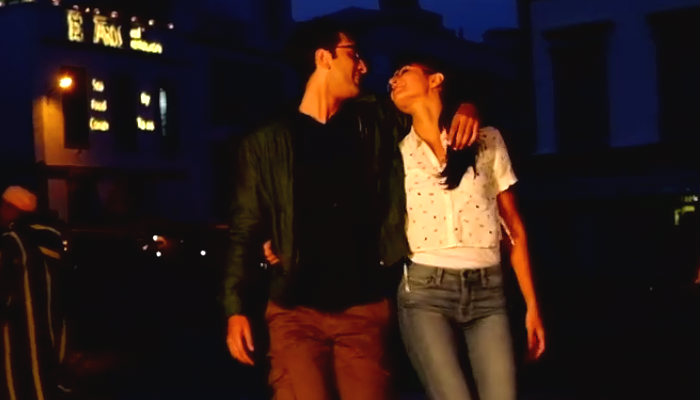 Slated to release on July 14, the film will mark the comeback of Ranbir and Katrina on-screen after a long time. This is not the first time the duo is working together, they have previously worked in Ajab Prem Ki Ghazab Kahani and Raajneeti.