After dating each other for over eight years, Ranbir Kapoor and Katrina Kaif shocked everyone with their split. The duo was last seen together in Raajneeti in 2010. Ranbir and Katrina will next be seen in their upcoming film Jagga Jasoos. Though it has not been confirmed yet if the duo will come together to promote the film, Katrina makes sure to share some behind the scenes images and videos from the sets. Katrina, who is an active social media user, treated her fans with a latest behind-the-scenes video from the sets of Jagga Jasoos.

This behind-the-scenes video is from her latest released song Ullu Ka Patha. Reportedly, the duo shot for the song post their break-up. According to reports both Ranbir and Katrina were not comfortable with each other while filming for their upcoming flick due to their personal differences. However, this latest video from the sets has an another story to tell.

Shared by Katrina on her Facebook page, the video captured the actress’ super cute camaraderie with Ranbir Kapoor. Going by the video, one can see Katrina teasing Ranbir and if you observe the video carefully, you will sense an ample amount of comfort between the two. So after watching this video, it won’t be wrong to say that the duo is not going to disappoint their fans as they are expecting Ranbir and Katrina to recreate their magic on-screen after a long time. 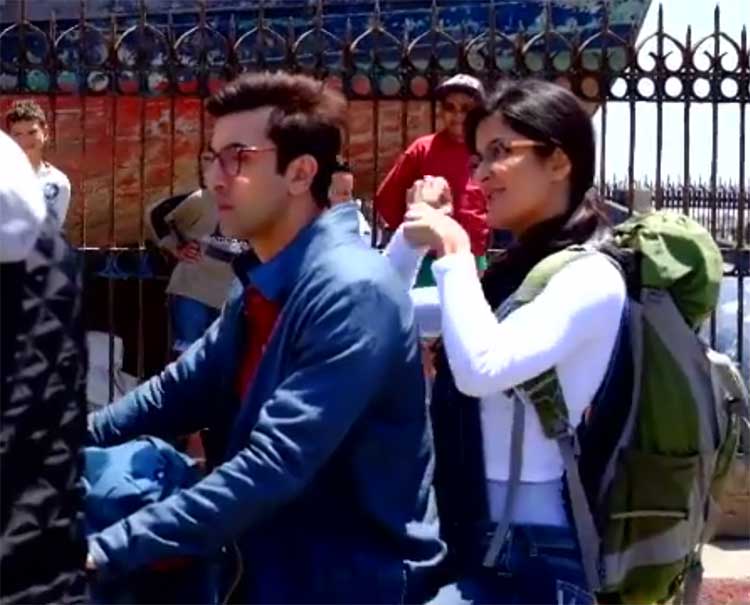 Jagga Jasoos is a comedy-drama film which also features Adah Sharma in a pivotal role. The film tells the story of a teenage detective in search of his missing father. Directed by Anurag Basu, Ranbir earlier worked with him in Barfi.

After much delay, Jagga Jasoos is now finally hitting the silver screens on July 14.