Emraan Hashmi is one of those actors in Bollywood who hasn’t got his due credit yet. He has been working in films for more than 15 years, but remains labeled as the ‘serial kisser of Bollywood.’ He is gearing up for the release of Baadshaho, which also features Ajay Devgn, Ileana D’Cruz, and Esha Gupta. The striking thing about the film is that it’s the second collaboration of the trio of Milan Luthria-Ajay-Emraan with writer Rajat Arora after Once Upon A Time In Mumbaai.

Emraan always says that he hasn’t really done films that he really wanted to do. Talking to InUth in an exclusive chat in Delhi, the actor stressed on the reason why he did films like Murder and Raaz-series. In order to pursue the kind of filmmaking he wants to be associated with, Emraan is now also venturing into production. Here, he talks about working in films which ‘match his sensibilities,’ his chemistry with Esha Gupta in Baadshaho, his relationship with his son and ‘not taking pride’ in the tag that media gave him. 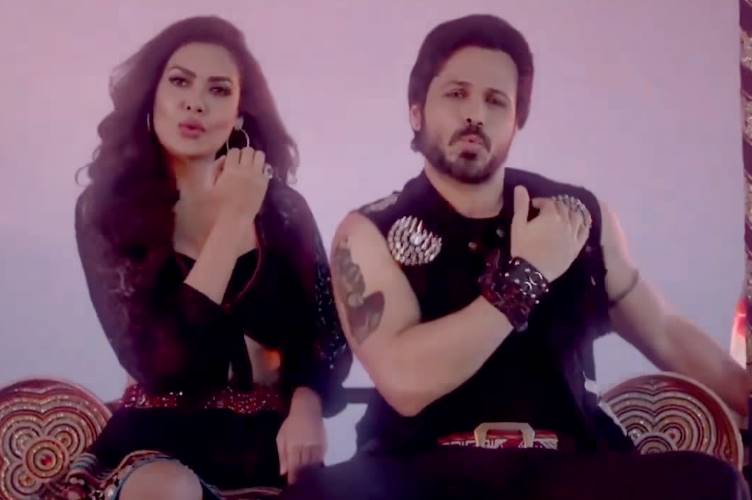 Emraan Hashmi and Esha Gupta in a still Baadshaho

Now that Soch, the song that features you and Esha, won’t be included in the film, how will you ensure that your chemistry looks as brilliant in the film as it was in the song?
The chemistry is a very different chemistry because these two characters come from two different parts of the world. Daliya is a man from the street and she’s a more polished person. When they collide, there are sparks, but because it’s only a 100-hour journey that they are on [and] it’s a bit difficult. We got the hold of it when we were shooting. We were not clear as to how this equation would lead us to in the film, but it’s something that we realised and it grew through the shooting of the film. It was not there in the script. 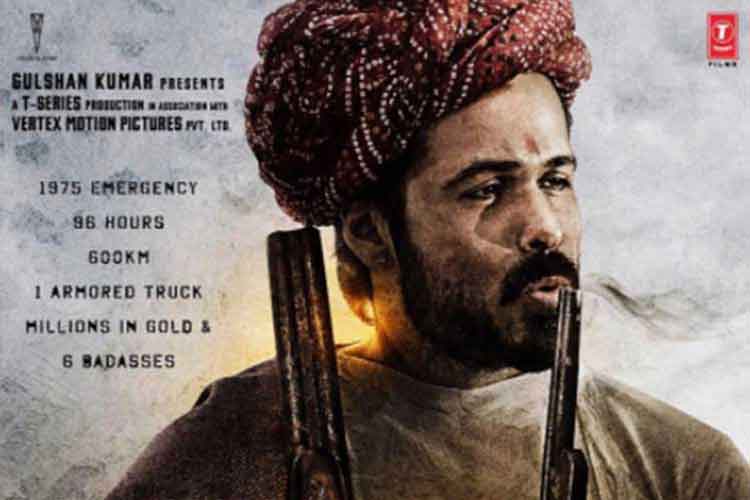 Emraan Hashmi in a poster from Baadshaho

Emraan, you have been saying that this film is for both masses and classes. How do you elaborate on that? Also, how do you approach a film defining it as something which is only for the class or the mass?
There’s a very clear divide in our country. This is the trickiest part of making a film which works pan India because when you crossover states, there are different cultures, religions, and dialects. That is the predominant problem of Hindi films. It is a plus point also it’s a hindrance because you are catering to a variety of tastes. Masses, obviously like escapism. They want to forget their problems.

They want to forget themselves when they go for a two-hour film. They don’t want to watch a preachy film or something that is boring in nature.

But, isn’t that one of the motives of cinema?
It is not the only motive of cinema. There’s one kind of cinema that entertains you and that’s the sole purpose of that kind of film — the kind of tent-pole films or the kind of masala films as we call them in India. At the same time, the classes like something more. They like some kind of aesthetics in a film. They like logics and substance in a story. 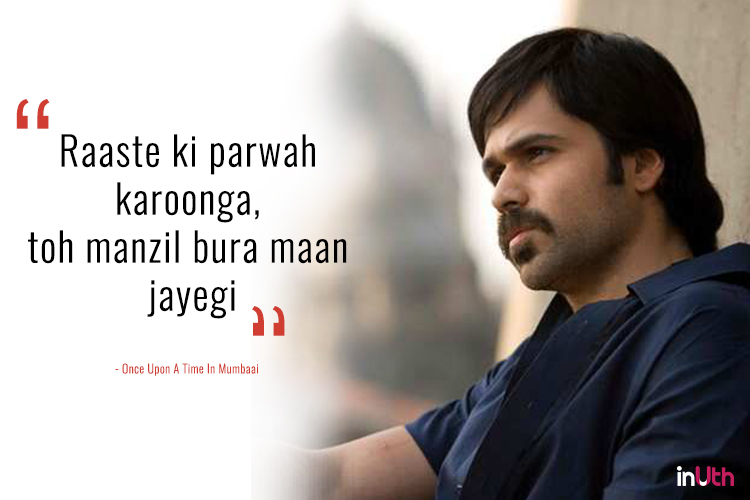 Emraan Hashmi’s dialogue from Once Upon A Time in Mumbaai

Emraan, you have been talking about the kind of films you will be doing and you said that you won’t do anything which doesn’t match your sensibility as a human being. Does this mean there are regrets from the past?
There are no regrets. You have to, first of all, understand the reason behind doing a film. Either you are doing it for self-satisfaction, to fuel your creative energies and just attend to that creative aspect and be fulfilled by that, or you go out there and do a film for your audience. They are two very different things. When I am making a film like Murder or Raaz, my sensibilities per se as an actor [and] as a creative person — I have to mold it. I have to work slightly harder to get into a film like that because I don’t generally consume a film that way. When I do films like Shanghai, it goes more with my sensibilities. But, it’s a very niche audience.

There are no regrets doing either of films. As a creative person, you have to be diverse, versatile and you have to be able to pitch a film to an audience in Delhi and Mumbai or any of the interiors in India. Now, I want to step in production also so that I can nurture the kind of the films that I always wanted to do.

There’s this brilliant tag associated with your name — ‘Serial Kisser of Bollywood’. Do you take pride in that?
No, I don’t really give it a thought. It has actually become a bit of hindrance now. With this film (Baadshaho), it probably works in a way because he (Emraan’s character) is kind of naughty and fun. But, it is going to become more of a hindrance because the next forthcoming films might not have any shade of that. And then, the media carrying that would just taint those films for something that they are not. Everyone has to be okay [and] the media should be okay to get done with it. Unless there is a film, and I am not ruling it out because I might do a film which is kind of that nature, but again, the label is a bit frivolous. Ultimately, it’s a different character that I have played in every film.

I don’t think a performance should be boxed by just one scene. I think it has lost that zest. It was controversial back in the day, 15 years back, but not anymore.

Also read: From Once Upon A Time In Mumbaai to Baadshaho, 17 film dialogues by Rajat Arora which prove no writer has more swag than him

What is the best advice you have given to your kid?
I take advice from my kid. I don’t think an adult should give any advice to a kid. They should learn from kids. The happy state the kids are in 24×7, 365 days a year, adults should learn from that, because we are constantly in this burden of life after a certain age. So, I have learned that from him.