And the verdict is here! Aamir Khan’s Dangal hit the screens today and is undoubtedly been loved by the audience. The theaters are house-full and people are going crazy for the film. Not only our celebs but the film critics loved the movie and said that Dangal will restore people’s faith in Bollywood films. In fact, most of them were so moved by Aamir’s performance that they took to social media and even claimed that the actor deserves an Oscar for this film.

Aamir, who hosted a special screening of Dangal for his family and friends from the industry, had earlier said that he is very nervous about the film and it happens to him every time before the release of his movies. But we hope that after seeing such great response from his friends and fans, Aamir is now relaxed and confident.

Direct by Nitesh Tiwari, Dangal marks Aamir’s return to the silver screen after a gap of two years. The film is a biopic of wrestler Mahavir Singh Phogat, who trains his daughters Geeta Phogat and Babita Kumari. Besides Khan, the film features Sakshi Tanwar, Fatima Sana Shaikh and Sanya Malhotra. 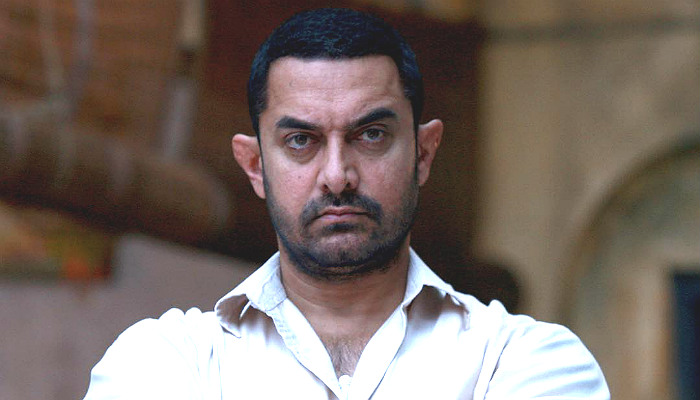 From Aamir Khan’s body transformation to the songs of the film, everything about Dangal is very special and adds to the story.

Also read: Watch: The akhada where Sultan and Dangal find its origin

The film has often been compared to Salman Khan’s Sultan and Aamir in an interview cleared that both the films are very different from each other when it comes to the story. He said:

The concept of  Sultan and Dangal is same, i.e, of wrestling, but the storyline is completely different. Sultan is a love story and Dangal is all about father-daughter relationship.

Well, the movie is finally out and before you book you tickets, let’s see what the audience has to say about Dangal:

Just watched #Dangal & i can conveniently say that out of over 2 dozen movies i have watched in Cinemas, this is by far the best. Speechless

#Dangal – THE CLIMAX – Emotionally powerful – The Girls were fantabulous takes the lime light of the movie. @aamir_khan Respect /\

#Dangal: A film that leaves you w/ goosebumps on your skin, tears in your eyes & warmth in your heart. So proud of my country & its people!

#Dangal Simply Fantastic!! Amazing performance by everyone. Must Watch for Every Film Lover! @aamir_khan

#Dangal already created history as always @aamir_khan use to do ! 4 n 1/2 star ! Woah hats off

#Dangal is just simply a phenomenon of a movie. Must-must-watch. Finally a good Bolly flick after ages.
4/5