Dangal is everything that we all expected. It’s inspiring, dramatic, emotional, rigorous and patriotic. A story of a father-daughter relationship, the Nitesh Tiwari directorial does justice to the sport that it represents and also to the story that it offers. The narrative of the film is backed by powerful music. Daler Mehndi who infused enthusiasm in Rang De Basanti‘s Aamir Khan is back to help him create Dangal on-screen this time.

The best part of the story is how it shows women empowerment in its most innocent sense. It’s done in the most subtle way possible — like with just those fiery expressions on young Geeta’s face or with Aamir’s dialogues. Talk of feminism, women empowerment, gender equality and you’ll find them all in Dangal.

Another interesting and worth appreciating thing that Dangal has is how it stays true to the sport it is based on. Dangal deals with wrestling and both Aamir and Nitesh have tried to make it a guide for all non-wrestlers out there. Each technique and every move from the game have been defined well on-screen. 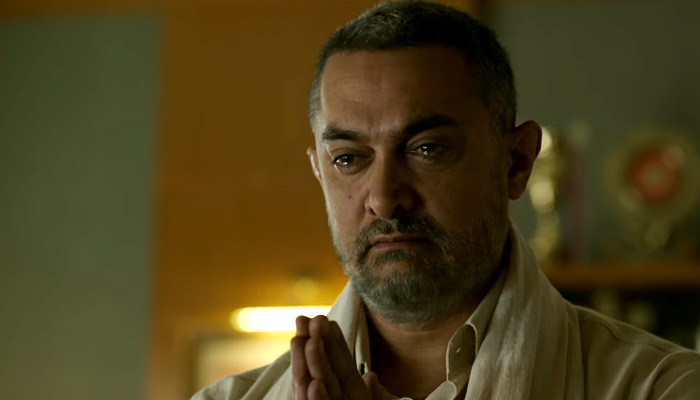 Do we really even need to mention how well has Aamir performed? His conviction for his film, hard work for his roles and passion for good cinema have no limits. Aamir has two roles in Dangal — a coach and a father. And you’ll love him in both of them. The way Aamir has carried the stance of wrestler Mahavir Singh Phogat adds more respect and acclaim the father of two has. You have all the sympathies with his character, yet you know that this character doesn’t need any sympathy.

Every character adds to the plot

There’s no character in the film which doesn’t have a personality. The two girls though — Geeta (Sanya Malhotra) and Babita (Fatima Sana Sheikh) — take away all the brownie points for being able to reflect their hardwork with their characters. From their physique, accent and the wrestling techniques they have shown, it is evident how the two must have struggled to don their respective characters.

Dangal falls at par with all your expectations, yet it reminds you of Salman Khan’s Sultan. What’s the enticing part of the Aamir Khan-starrer, you ask? The fact that you know what will happen in the end, you know that there are typical Bollywood twists awaiting the narrative and yet you enjoy what you are watching. Dangal is a complete Hindi film with all commercial elements. And that’s how a very good Hindi film should look like.