2017 saw numerous female-driven movies, but that doesn’t mean our directors tried to ‘tap’ the talented pool of female singers. And the result was that, even in a film like Simran, a film solely about a woman, it is a man who voices the soulful ballad of loneliness. Be it the title track, Simran, Meet or Baras Ja, they’re all sung by men. 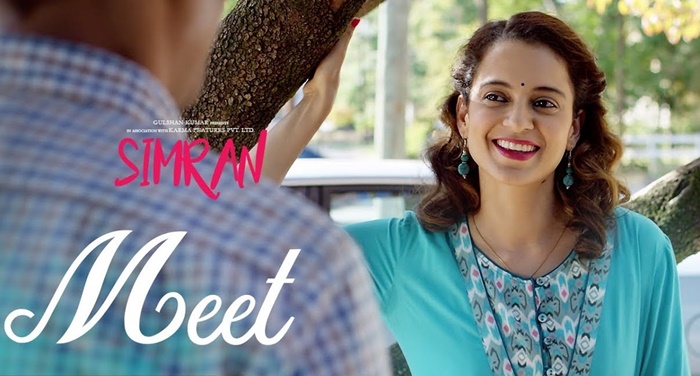 When singers like Neha Bhasin, Jonita Gandhi, Aditi Singh Sharma and Neeti Mohan sat down with Anupama Chopra in July this year, something really pertinent yet painful came out of that discussion. Neha Bhasin said that ‘no female equivalent of Arijit Singh is possible until actresses demand more’, but perhaps no one was listening. Neither the actresses nor the scriptwriters, or the directors.

Do the fimmakers not have a choice? Yes, they do. Are they willing to take the risk? Perhaps only enough to give them to ‘established’ voices like Shreya Ghoshal (Rozana in Naam Shabana, Thodi Der in Half Girlfriend) every once in a while. And even then the ratio of lines divided between the male and female leads is so warped as to make the latter negligible.

A YouTube grab of the song Thodi Der from Half Girlfriend

Female singers are not a rare breed, unless of course you try looking for them in songs.

Once upon a time, when filmmakers had more faith in their female characters as well as female singers we had singers like Lata Mangeshkar, Asha Bhosle, Alka Yagnik, Kavita Krishnamuthy, Sunidhi Chauhan and Shreya Ghoshal. Back then, filmmakers were aware that their female lead can actually have feelings and express them too.

There was an era of Lata Mangeshkar and Asha Bhosle from the 50s till about 80s and these legends made a niche in the film industry like no other. Aaega Aane Wala (Mahal), Mere Saaya (Mera Saaya), Aaj Phir Jeena Ki Tamanna Hai (Guide) and  Chalo Dildar Chalo (Pakeezah) are remembered solely as Lata Mangeshkar’s songs. Likewise, when you think of songs like Piya Tu Ab Toh Aja (Caravan), O Mere Sona Re (Teesri Manzil) and the songs of iconic movies like Umrao Jaan, they almost immediately remind you of Asha Bhosle.

From 80s onward, the industry felt the need to be more balanced and there was more emphasis on duets but then we also had songs like the sensuous Dhak Dhak (Dil), which is remembered more for Madhuri Dixit’s dance moves and Anuradha Paudwal‘s voice than anything else. Not to forget, the peppy Hawa Hawai (Mr India) by Kavita Krishnamuthy, and the naughty Choli Ke Peeche Kya Hai (Khalnayak) by Alka Yagnik and Ila Arun.

But of late, the industry, it seems, has started taking a partisan approach where male singers are being preferred over female singers, even for a story that centres around its female protagonist.

Here are a five songs from 2017 that could have been sung by female singers instead of male singers:

Why even? Why is Mohit Chauhan singing this melancholic song in the background, for a disturbed Simran (Kangana Ranaut) on screen? Have we ever heard Shreya Ghoshal singing for Shah Rukh Khan in the background?

Arijit is the latest hit formula of Bollywood. But seriously, were they unable to find any female to sing a song expressing Simran’s (Kangana Ranaut) happiness on finally finding love in her life?

Rahet Fateh Ali Khan and Arijit Singh are two people who work wonders for Bollywood. No matter what, audience love each and every track sung by them. But for a female-driven story like this, could the filmmakers not think of any female singer who could do the job? May be Sona Mohapatra?

Why were only Rahat Fateh Ali Khan and Sonu Nigam chosen to sing a track talking about the pain that people went through during partition and more so, for a period drama depicting brothel workers?

This song sung by Armaan Malik added no value to the movie, only that it is ‘certifying’ that the female lead, Sulu (Vidya Balan) is a ‘farrata’, which is in itself sounds like a strange compliment.

Bollywood, is it rocket-science to understand that a female singer could actually sing for the female lead?