Sunny Leone has gifted her fans another dance number. After featuring in Piya More in Baadshaho, Sunny can now be seen shaking a leg in the song titled Trippy-Trippy in Sanjay Dutt’s comeback film Bhoomi. In the song, Sunny is bathed in mud and seems to be enjoying herself, going by her wild expressions. She has set the floor on fire with her moves in the song.

Trippy-Trippy had been in the news since filmmaker Omung Kumar announced that Sunny had been roped in for the song. The song is composed by duo Sachin-Jigar with lyrics penned by Priya Saraiya. It has been sung by Neha Kakkar, Benny Dayal, Brijesh Shandilya & Badshah. Ganesh Acharya has choreographed the song. In the song, Sunny has worn a traditional Rajasthani costume and jewelry.

Bhoomi, the Omung Kumar directorial mark the come back of Sanjay Dutt aka Baba on the silver screen. The film also features Aditi Rao Haydari and Sharad Kelkar in pivotal roles. The film is an emotional revenge drama based on a father and daughter relationship. It is scheduled to hit the theatres on September 22.

Also read: Sunny Leone’s look for Bhoomi’s dance number is a disappointment for her fans. Here’s why 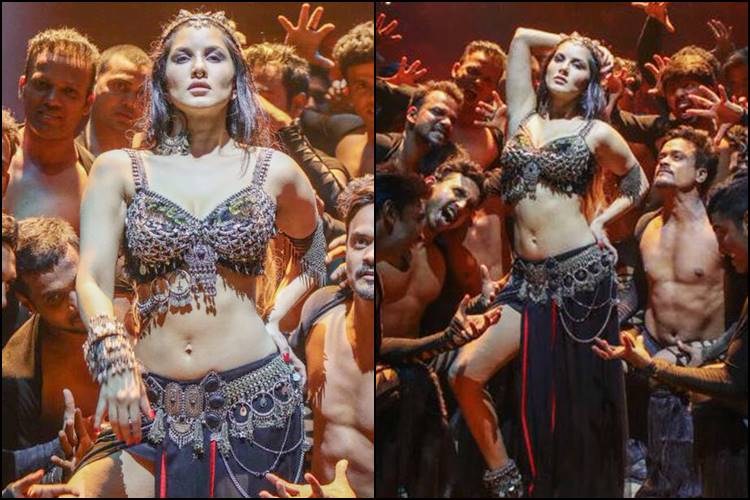