Sunny Leone was in Kochi, Kerala today for a promotional event where she witnessed something truly surprising. The actress is currently gearing up for the release of her special dance number in Sanjay Dutt’s Bhoomi. The photos from the show were recently released and have created a strong buzz around the song. While Sunny doesn’t have a movie coming up anytime soon, her special dance appearances and promotional events make sure she remains in news.

When she reached Kochi for the launch of a phone, a huge crowd gathered to have a glimpse of the actress. Sunny, who herself wasn’t expecting people to turn up in such a large number, posted a video followed by a photo on Instagram:

My car in literally a sea of love in Kerala!! Thanks #fone4

No words…no words….I can’t thank the people of Kochi. I was so overwhelmed by the love and support. Never ever will forget Gods own Country Kerala!! Thank you #fone4

While her popularity down south is surprising, what is even more shocking is how it didn’t take long for her to trend on Twitter. #SunnyLeone started trending just after a few minutes after she posted the pictures: 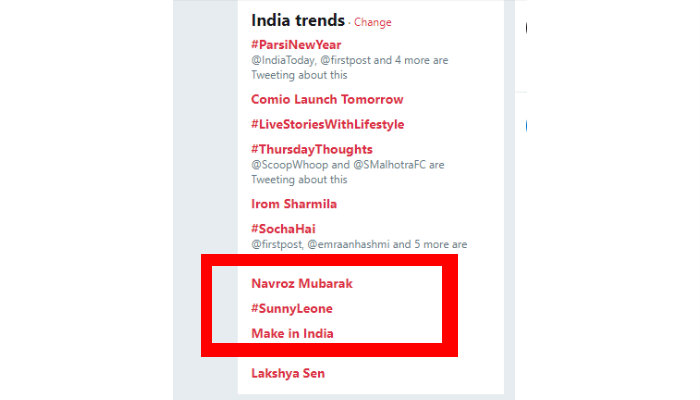 And when it became a trend, a few people on Twitter started joking around. Check these out:

Only #SunnyLeone could have united CPM and RSS in Kerala. https://t.co/fwDOg5kAsa

If Amit Shah wants to get a foothold in Kerala, he should sign-up the person in that car. #SunnyLeone in Kochi pic.twitter.com/qp8fCZRBeU

Sea of people in #Cochin on street to see #SunnyLeone@SunnyLeone pic.twitter.com/3w1LKdugwV

Is this picture of the year? #SunnyLeone in #Kochi @SunnyLeone pic.twitter.com/MABAfYoXXy

There won’t be enough tissues in Kerala tonight #SunnyLeone

What should be noted in this entire trend is how people got another chance to slut shame Sunny. This is how a few people chose to react to her posts: 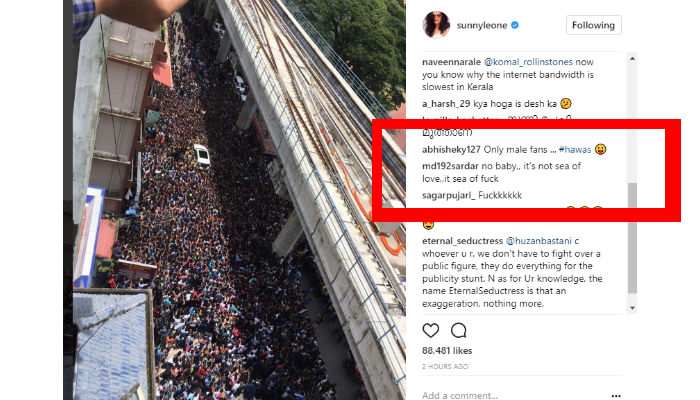 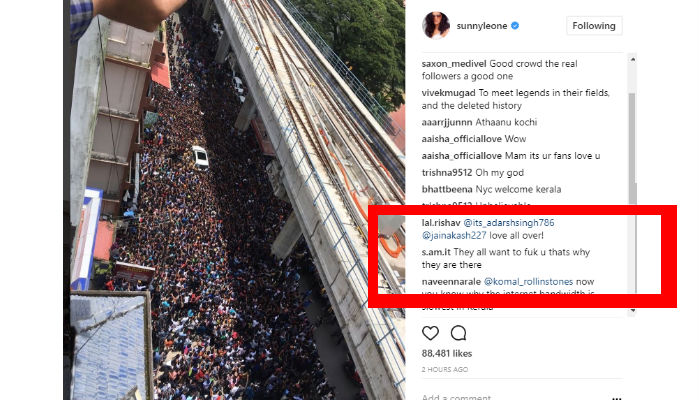 However one chooses to react, the fact remains that Sunny’s popularity is at an all time high. More power to her!