Arjun Kapoor and Shraddha Kapoor’s upcoming film Half Girlfriend is in news ever since its announcement. This is for the first time that Arjun and Shraddha are sharing the screen space and it will be super exciting to see these two together on the silver screen.

Half Girlfriend is an adaptation of Chetan Bhagat’s novel of the same name and will be helmed by Mohit Suri. Well, this is not the first time that Chetan’s book has made it to the silver screen. His novels 2 States, 3 Mistakes of My life and One Night At a Call Centre were also portrayed on celluloid.

Recently, we got to know that National Basketball Association (NBA) has trained both the actors for the film and are also the official partners of Half Girlfriend. And now we hear that the film has created a record of having the longest song ever in the history of Bollywood.

Yes, you heard that right! Ankit Tiwari has composed an 18-minute long romantic track for the film and it will be sung by none other than Arijit Singh.

Also read: Want to know where Arjun Kapoor and Shraddha Kapoor picked their basketball skills from in Half Girlfriend 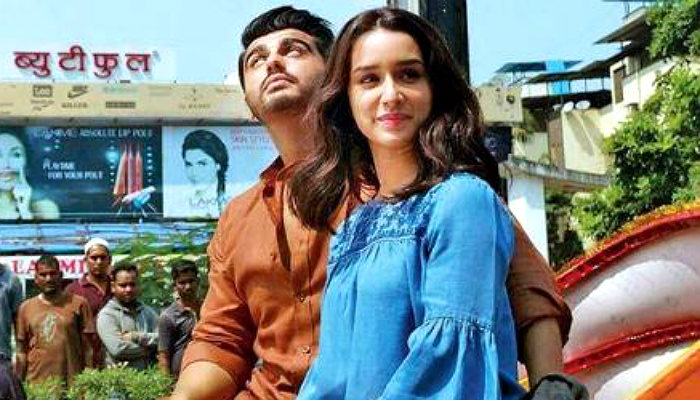 According to a report in Spotboye, a source close to the music composer said:

Mithoon has an 18-minute-long song in the film which happens to be the theme of the movie. The song is written by Galliyan lyricist Manoj Muntashir. The song will be played at a crucial juncture of the film. The lyrics of the song are also extremely beautiful and Manojji had written these poems at a very early age. He had recited these poems at one of the concerts and director Mohit Suri heard them. Thus he approached Manoj and Mithoon and thought that they would make an amazing song for the film.

Not only this, Shraddha will also be lending her voice to one of the tracks from the movie. Half Girlfriend is slated to release on May 19 this year.