A fun fact about Shraddha Kapoor and Arjun Kapoor’s highly anticipated film Half Girlfriend released on social media a short while ago. A cinematic adaptation of Chetan Bhagat’s hugely popular book by the same name, the film is helmed by Mohit Suri. From when the film was announced to the day it’s filming started, Half Girlfriend has always been making it to the headlines.

And now an interesting detail about the film has surfaced. To help the characters get into the skin of the character, National Basketball Association (NBA) has provided training to them. The principal characters of the film will play basketball in the film. Also, NBA is the official partner of Half Girlfriend, becoming the first Bollywood film to do so.

This collaboration has definitely made Half Girlfriend one of a kind film and also speaks volumes about the dedication of the team. 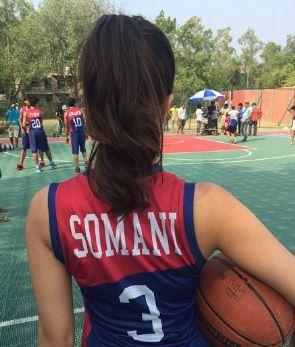 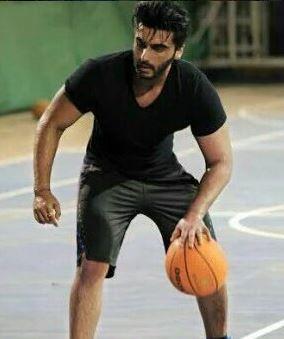 In the film, Arjun Kapoor essays the role of Madhav Jha and Shraddha that of Riya Somani. The book by Chetan Bhagat divulged in the sentiments and linguistic struggles of a boy from Bihar who enrolled himself in the prestigious St. Stephen’s College in New Delhi. During his studies, he fell in love with a sophisticated Delhi-born, who didn’t feel the same for him. She agreed to be his ‘half-girlfriend’ and how their love panned out after that forms the crux of the story.

The film Half Girlfriend has been shot in New York, Cape Town, Delhi, and Bihar. This is not the first time that a Chetan Bhagat novel has made it to the silver screen. His previous books- 2 States, 3 Mistakes of My life, One Night At a Call Centre were also adapted to movies.

Correction: Earlier we had written that this was the first poster of the film. However, this is not the case. It is only a fun fact shared by the makers.