Golmaal Again, the fourth in the series, has continued to rule the Box Office as the Rohit Shetty directorial collected Rs 13.50 crore on October 24, Tuesday taking the five-day total to an astounding Rs 117 crore. With its phenomenal collection on weekdays as well as weekends, Golmaal Again is likely to surpass the lifetime collections of Judwaa 2 (Rs 137 crore) and emerge the highest grossing Hindi film of the year.

In its five days run at the Box Office, Golmaal Again has already surpassed the collection of films like Kaabil, Jolly LLB 2, Badrinath Ki Dulhania, Jab Harry Met Sejal and will soon go past the likes of Tubelight (121 crores) and Raees (130 crores).

Given the trend so far, Golmaal Again stands a strong chance to breach past the Rs 180 crore mark and emerge the third highest grossing film of all time during the Diwali weekend. The highest grossing Diwali film is Prem Ratan Dhan Payo, which collected a little over Rs 200 crore at the Box Office. 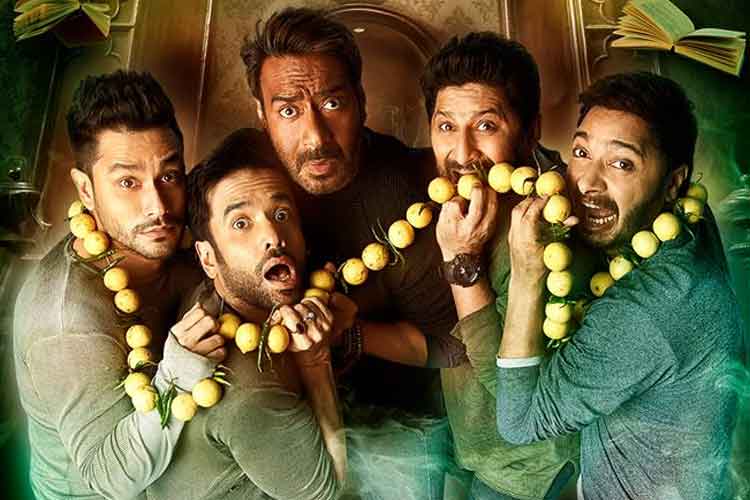 Unlike the previous Golmaal films which didn’t do well in the Northern belt of India, Golmaal Again found a considerable amount of acceptance in Delhi and NCR. It seems that the horror aspect in the franchise did the trick. Following the success of Golmaal Again, Rohit Shetty has announced Golmaal 5 as well, however, the director said that there is still a lot of time for that film to go on floors.