Pakistan’s Central Board of Film Censors (CBFC) has banned the Anushka Sharma-starrer Pari. Stating that the ‘dialogues and scenes [of the movie] are against the established religious, social and moral ethos’, the chairman of the CBFC tweeted:

Imported film #Pari has been declared ‘Unfit’ for public exhibition by a panel followed by #CBFC’s Full Board review as it flouts various sections of the existing rules and code of #CBFC. Innumerable dialogues & scenes r against the established religious, social and moral ethos. pic.twitter.com/g6ZGnNnhg6

One of the senior officials of the Board said that the film’s ‘script, dialogues and storyline’ are against their religion, particularly the ones relating to black magic. The movie seems to approve of and promote black magic  which are ‘contradictory’ to Islam, as per the Express Tribune.

The latest Pari ban has evoked a mixed reaction on social media, mainly because of the on-going tense situation between the two nations where the Indian Motion Pictures Producers’ Association (IMPPA) has imposed a ban on working with Pakistani artists for a period:

Bollywood: Here’s Dangal, story of how a father empowered his daughter to wrestle.

Censor Board of Pakistan: Nah.

B: Here’s Padman about women hygiene.

CBP: Fuck women and their hygiene. Give us something dumber.

#Pakistan banned film #Pari, #TigerZindaHai etc..nobody from #Bollywood is talking about it. India ban #PakistaniArtist and all get offended, sense intolerance. #BollywoodSucks #Nautanki

This is not the first time that the country has banned a Bollywood movie. Only last month, Akshay Kumar-Sonam Kapoor-Radhika Apte starrer PadMan (2018) was banned as the movie spoke about the importance of menstrual hygiene for women, something which is considered taboo in Pakistan. Earlier, Dangal (2016) starring Aamir Khan, Zaira Wasim and Fatima Sana Shaikh were not allowed to go to Pakistan for a screening because Aamir refused to edit out the scenes which showed the Indian National flag and played the National Anthem. 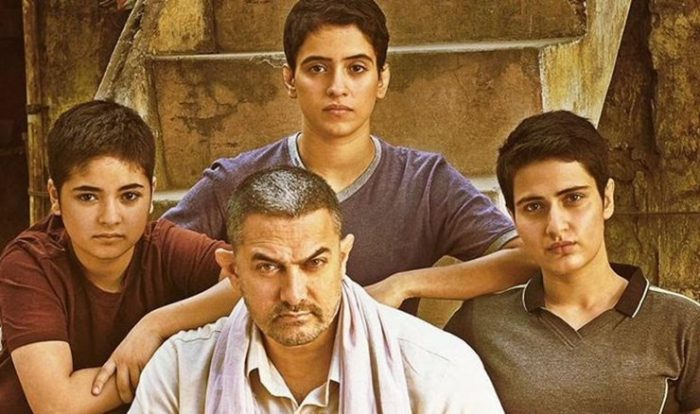 Meanwhile, in other news, Luv Ranjan’s Sonu Ke Titu Ki Sweety, a film rife with misogyny has made a whooping $100 k  (Rs 65 lakhs) in Pakistan: