Since the time the trailer and the posters of Dangal have been out, people just can’t stop talking about it. The film talks about strong emotions, story, and women empowerment. Not only the trailer also the songs from the film are well appreciated and loved by one and all. After releasing a trailer and two songs, Aamir reveals the second poster of the film.

The poster has him standing with pride and attitude along with his onscreen daughters. There is a line on the poster which says ‘Mhari choriyaan choro se kam hai ke?’ which is also a very powerful line, which hits the right cord. 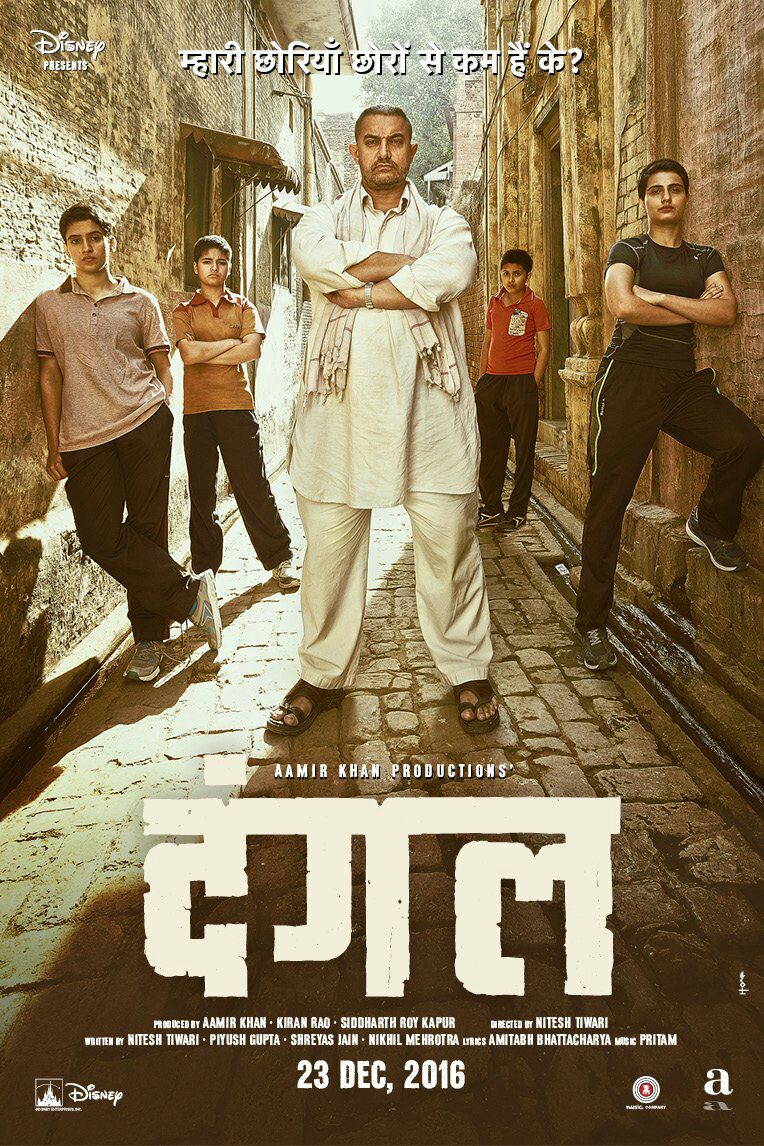 Aamir took to Twitter to share this picture with his fans who are eagerly waiting for the film to release. It can be clearly seen that he has worked really hard for the film.

Dangal is a real life story of wrestler Mahavir Singh Phogat, played by Aamir himself. The film talks about his relationship with his daughters and how he trained them to be wrestlers. The film is directed by Nitesh Tiwari and has Sakshi Tanwar playing Aamir’s wife and Sanya Malhotra and Fatima Sana Shaikh as their daughters.

The film is all set to release on December 23 and is the most awaited film of the year.

Hey guys, thanks for the fantastic response to Haanikarak Bapu & Dhaakad! Here is our second poster, hope you like it. Love. a. pic.twitter.com/lqL5LUjQla

Here is the second song from the film: