The day 2 in Bigg Boss 10 was more excited than expected. Of course, Priyanka Jagga and Manu Punjabi had to show their existence in the game show (they are nominated this week) and therefore, they made sure to be in the limelight. However, who gauged the eyeballs throughout the episode was Swami Om. Apart from being in an argument with Lopamudra Raut, the man also tried to mention how he has a big army of followers outside the house who could create fuss anytime with his orders.

As we told you earlier, the first luxury budget task of the show was introduced, and yes the celebrity group won the first phase. Gaurav Chopra, who otherwise chooses to not get into arguments and fights, decided to solve the puzzle. He made Akansha reveal her story to him that eventually helped him to know that answer for the secret puzzle, which was Akansha.

Following scuffles happened in the house on Day 2:

1. Priyanka Jagga continued messing up with Bani Judge. This time, Priyanka took it too seriously when Bani asked her to add ‘please’ every time when she wants her (Bani) to give her something. Lopamudra too joined the argument later and left no opportunity to taunt Priyanka. Even Gaurav, for a moment, became part of the incident but steered clear away later realising that it doesn’t seem genuine. Later, adding to this realisation was Priyanka shedding tears which to everybody else appeared as completely fake. 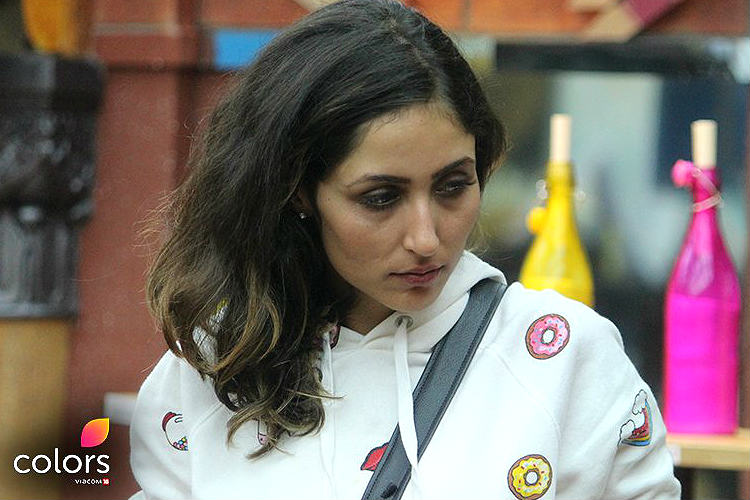 2. Swami Om gave a life threat to Lopamudra Raut and asked her to keep mum about all the secrets she got to know about him on the very first day of the show. Lopa seemed unfazed about whatever Babaji said initially, but when he reiterated the same time and again, the beauty queen made sure to give him back.

3. A brief argument also happened between Swami Om and Akansha Singh. In the living area, when the celebrity gang picked up the right name against the secret given to them, Swami Om tried to blame Akansha for losing the game. He even told Gaurav in the bedroom that he should watch out as Akansha is trying to hit on him (Gaurav). The most controversial part, however, remained babaji’s disgusting statement about Akansha’s character as he said — jo ek ki nahi ho pai, vo dusre ki kya hogi.

Well, the next episode promises to add more masala. Even the calmest contestants of the show — Rohan and Karan, will be seen showing their aggressive sides. Keep reading this space for more updates.