Swami Om is the current king in Bigg Boss 10 house (like literally). The old man has been made the Raja of the house in the ongoing ‘Raja and Rank‘ luxury budget task. While the Indiawale are the royals, the celebrity contestants are playing the workers (ranks). Meanwhile, the celebrity contestants have also been given a ‘khufiya karye‘ (a secret task). While the preparations for the task were going on, Bigg Boss called up Gaurav Chopra in the confession room and told him that winning the secret task can help in ‘satta palat’.

Though everyone is taking a keen interest in the game, it looks as Swami Om is in form and giving back-to-back doses of entertainment. Yes, his comments are sometimes deemed as sexist or offensive in some way or the other, there’s no denying that his tactics are different. Following are a few things Swami Om is doing in the show to keep the viewers hooked to him:

Openly taking the credits of good things happening in the house

A few days back, he told Monalisa and Manu that he knew about Akanksha Sharma’s eviction beforehand. And it was because of his prayers that both of them could be saved from the elimination this week. He also told his team that it’s him and his prayers that make them win tasks in the show. 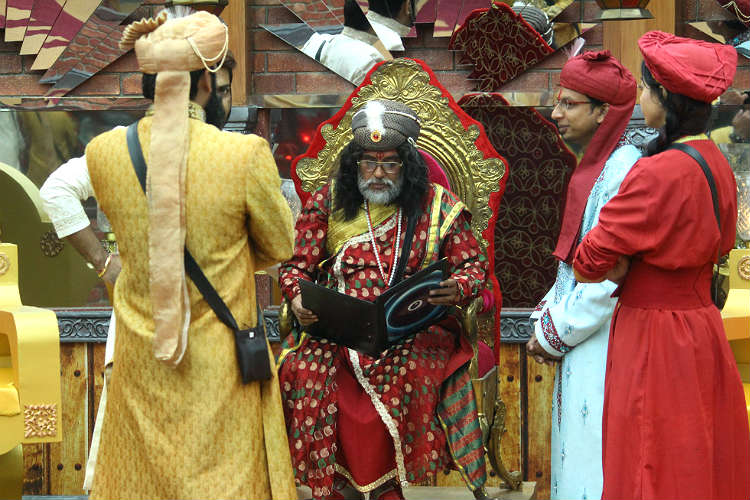 He does everything for footage and he knows it

Whether it is going to the jail or creating ruckus during tasks, Swami ji says that he does everything for footage. Last week, when his team sent him to the jail for contributing least in the game, he resisted and said he doesn’t want to go to the jail. However, later, he accepted that his reaction was fake and he likes being highlighted and going to the jail gives him the more footage. In the ‘Raja and Rank’ task too, Swami Om said that he didn’t want to share his footage with Manveer Gurjar and therefore all of them should just follow his instructions.

He’s a sanyasi but a modern one it seems

Swami ji says that he’s away from the worldly luxuries (moh-maya). But he can be seen doing some dirty dancing in the pool with Monalisa. He can also be seen trying makeup and dressing up for the occasions. 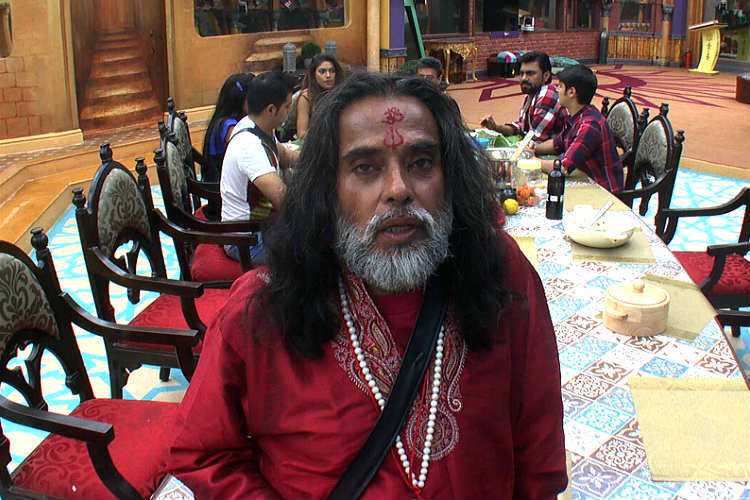 He would have left the house divided with his presence. Some may like his stature and others completely hate him, but nobody can deny that he has emerged as a true entertainer in the show. Don’t you agree?

Along with Swami ji, the other contestants who have been nominated for eviction this week are Monalisa, Manu Sharma, Nitibha Kaul, Manveer Gurjar, Bani Judge and Lopamudra Raut.