Remember when Alka Yagnik sang Channa Mereya as Ranbir Kapoor cried buckets and destroyed flower pots in ADHM? And when Salman Khan flattened a wrestler in Sultan while Sunidhi Chauhan sang the peppy title track? No? Of course you don’t. Because apart from the fact that neither of those things happened, if they had, the audience would have deemed it ridiculous.

How strange then, that male playback singers singing songs for female leads are not only considered kosher, but also the very epitome of cool. Take for example the much-hyped upcoming film about female friendship, that’s allergic to the tag ‘chick flick’. Veere di Wedding might be a film about four women, but the stories of their epicness are mostly sung by men. The movie’s album has eight tracks – only three of which are sort-of-solos by women.

In Tareefan, all of them lip sync to Badshah while playing to every single hetero male stereotype women have been decrying for years. If there was a point they were trying to make here, it got lost in transit.

In March 2018, Hindustan Times did a study of over 24,000 songs and came to the conclusion that Bollywood female playback singers are… disappearing. Unlike the men, not only were they no longer being given enough solos to sing, but while singing duets the male-female ratio of portions sung were warped. When questioned about it, music composer and singer Amit Trivedi laid the blame on the demands of the script. Ergo, the scripts today are written in such a way that it requires more male solos than female.

To that we say: NOT TRUE.

Directors and producers are consciously pushing for male solos OVER female ones even when the script demands it (like in the case of Veere di Wedding). The female-centric films we’ve seen in the last few years have one thing in common: they all have men playback singing for women. 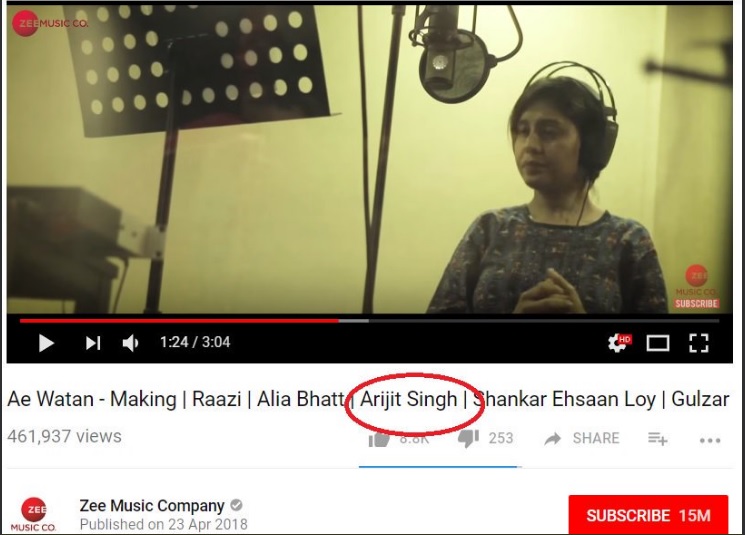 Sometimes they do two versions of the same song, but promote only the male version. Remember Raazi? Meghna Gulzar’s spy flick had four songs; two of them sung by women. Both Sunidhi Chauhan and Arijit Singh sang their versions of Ae Watan; the former’s version made it to the film, but it was Singh’s version that was rigorously promoted. 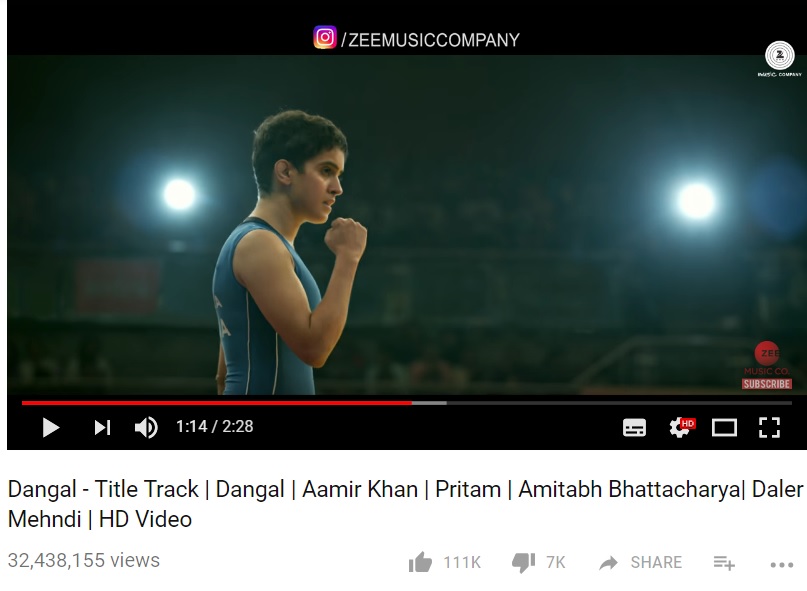 In Dangal (2016), as a young Geeta Phogat learns the ropes of wrestling from daddy Phogat, it is Daler Mehndi’s sonorous (and male) baritone that takes centre-stage. That’s the resounding war cry you remember long after the film ends. Geeta’s indomitable spirit, and Daler’s voice. But it doesn’t end here. Of the seven songs in Dangal, a film about two female wrestlers, four are sung by men. 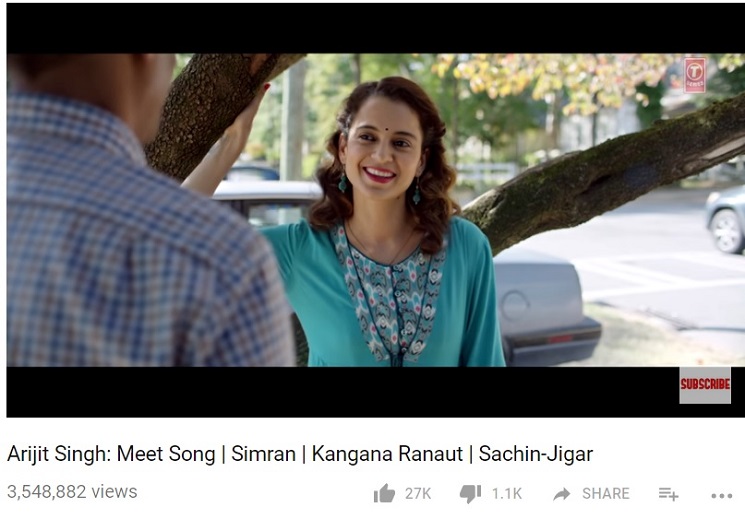 In Simran (2017), there are seven songs, three of which are sung wholly by women. But then again, they either did not make it to the film (Meet, Aditi Singh Sharma), or were made for promotional purposes (Single Rehne De). It is Arijit Singh’s Meet and Jigar Saraiya’s peppy Simran that one associates with a film about a woman’s who dealt with her gambling debts by robbing banks.

Song-splaining isn’t a word yet, but if Bollywood’s aggressive love affair with male solos for women leads continues, perhaps it should be.

Also read: Bollywood gave us female-driven stories in 2017, but with songs sung by men