Same-sex marriage was legalised by the Supreme Court of the United States in 2015, however, the apex court is yet to set a precedent on whether businesses and organizations can discriminate on the basis of people’s sexual orientation. Now in the Trump era, Attorney General Jeff Sessions’ department is arguing against LGBT protections and defending businesses that don’t follow the states’ Anti-Discrimination laws.

Amid the debate, an Australian couple—Stephen Heasley and Andrew Borg—living in Pennsylvania ordered 100 wedding programs for their big day from Vistaprint. However, on the eve of their wedding, they were shocked to receive 80 Christian pamphlets with hateful, discriminatory and anti-gay messages, ‘focused on fighting the temptations of the flesh and resisting the call of Satan’. 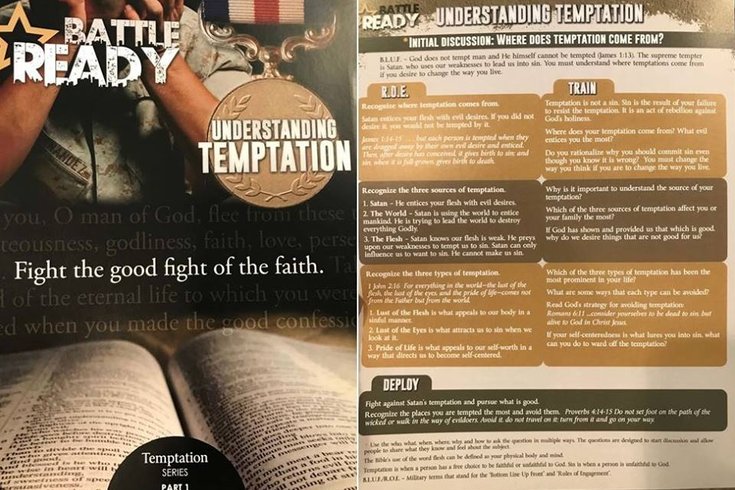 ALSO READ: This US-based engineer married his gay partner in a traditional wedding in Maharashtra

The couple filed a lawsuit against Vistaprint alleging unlawful discrimination and stating that the pamphlets caused them ‘tremendous pain and anxiety on the day before their wedding’. Their representatives Wigdor LLP stated on their blog,

“This case presents a particularly egregious example of a company refusing to provide equal services to members of the LGBTQ community. This took a great deal of joy out of what should have been the greatest day of our clients’ lives. They want to make sure that this story is told and that people know what happened to them.”

Here’s how Twitterati reacted to the form of discrimination:

I’ve used @Vistaprint for the last 6 years for my small business, time to shop around now.

@Vistaprint shame on you. Not ordering anything from your company.

@Vistaprint I make several orders with you a year. If this is legit and not handled well, I wont anymore.

Did Vistaprint charge them, or just send the propaganda for free?

ALSO READ: An open letter to Subramanian Swamy from ‘a gay’

Vistaprint, however, later issued an apology, saying that they ‘reject discrimination in all forms’. 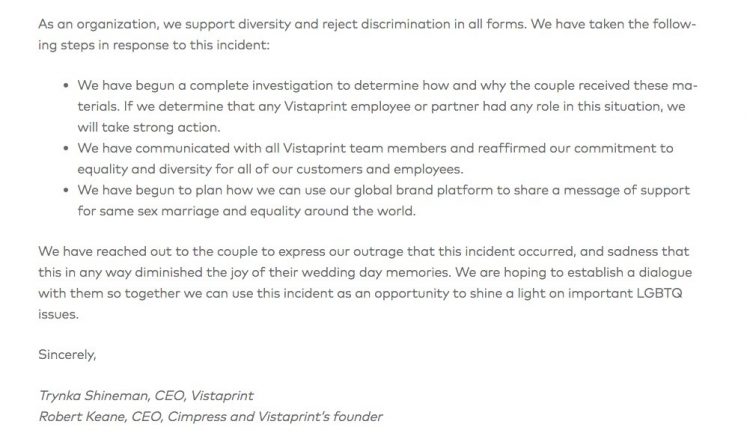 The US Supreme Court is going to hear an upcoming high-profile case Masterpiece Cake Shop vs Colorado Civil Rights Commission which will decide on whether businesses can choose to not serve people on the basis of religious beliefs. Currently, around 30 US states do not provide protection against discrimination to LGBTQIA+ people.