The Catholic Church has been rocked by one sex abuse scandal after the next, with the clergy all over the world—from the United States to India to Chile—being accused of sex abuse or sexual misconduct, some of them with minors. But Pope Francis believes that the Church is in trouble not because of the accused bishops and priests, but because of The Devil. In a message, the Pope said that ‘Satan’ was to blame for the sex abuse scandals. He said:

“(The Church must be) saved from the attacks of the malign one, the great accuser and at the same time be made ever more aware of its guilt, its mistakes, and abuses committed in the present and the past.”

He has asked Catholics around the world to recite a special prayer every day in October to try to beat him back. He added in the message:

“We should not think of the devil as a myth, a representation, a symbol, a figure of speech or an idea. This mistake would lead us to let down our guard, to grow careless and end up more vulnerable.” 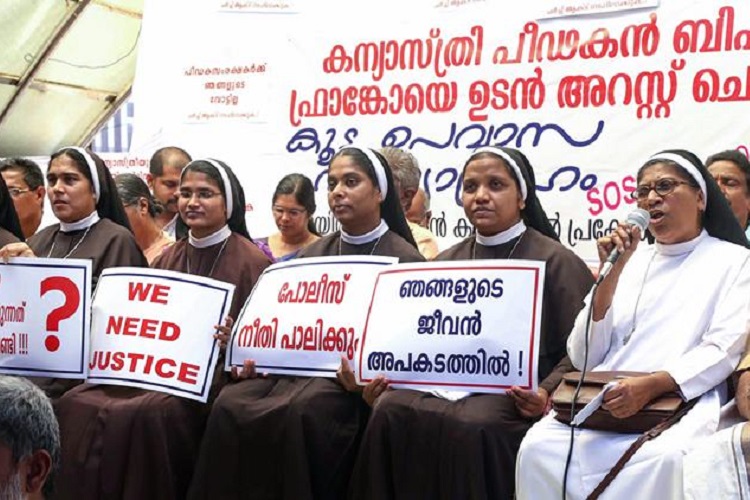 Kerala’s Catholic Church was rocked by allegations of sex abuse when five nuns started protesting against Bishop Franco Mulakkal last month, accusing him of raping one of them 13 times between 2014 and 2016. The Church has now said that it will oust the nuns.

The Catholic Church has been plagued with sex abuse cases since at least World War II. A new report from Germany’s Catholic Church admits to 3,677 cases of child sex abuse by the clergy between 1946 and 2014. A South African resident recently came forward with his account of how a UK priest allegedly raped him in the 1980s. In the United States, 13 states are currently investigating the alleged sex abuse linked to the Catholic Church. In August, an Archbishop claimed that the Pope was personally aware of a sex abuse case but chose to stay silent about it.