United States President Donald Trump on March 1 made his first address the joint session of the U.S Congress. In what was being labeled as Trump’s, “biggest speech yet,” the President spoke about a number of issues including the Kansas shooting that claimed lives of an Indian techie took place last week. He also received a standing ovation and was greeted with a huge round of applause when he mentioned that his administration was making efforts to radical Islamism.

Calling out for unity, Donald Trump also affirmed that he is also taking measures to stop the inflow of drugs in the United States. Here’s what he said during his first presidential address to US Congress:

-We condemn hate in all its ugly forms, the threats targeting Jewish centres and the Kansas shooting. I am here tonight to deliver a message of unity and strength, and it is a message deeply delivered from my heart.

-I have issued a new directive that American pipelines must be made with American steel. We will stop the drugs from pouring into our country & poisoning our youth, and we will expand treatment for those who have become addicted. As we speak, we are removing gang members, drug dealers and criminals that threaten our communities and prey on our citizens.

-In the last 8 years, the past Administration has put on more new debt than nearly all other Presidents combined. Solving these problems will require us to tap into the American spirit that has overcome every challenge throughout our storied history.

-We must restart the engine of the American economy, making it easier for companies to do business in the US & much harder for them to leave. My team is developing historic tax reform that will reduce the tax rate on our companies & provide massive tax relief for the middle class.

-I believe in free trade, but it also must be FAIR TRADE. I’m not going to let our great companies and workers be taken advantage of anymore.

“Our citizens deserve this, and so much more – so why not join forces to finally get it done?” #JointAddress pic.twitter.com/rGWd4yyvFJ

-Education is the civil rights issue of our time. I am calling for an education bill that funds school choice for disadvantaged youth. 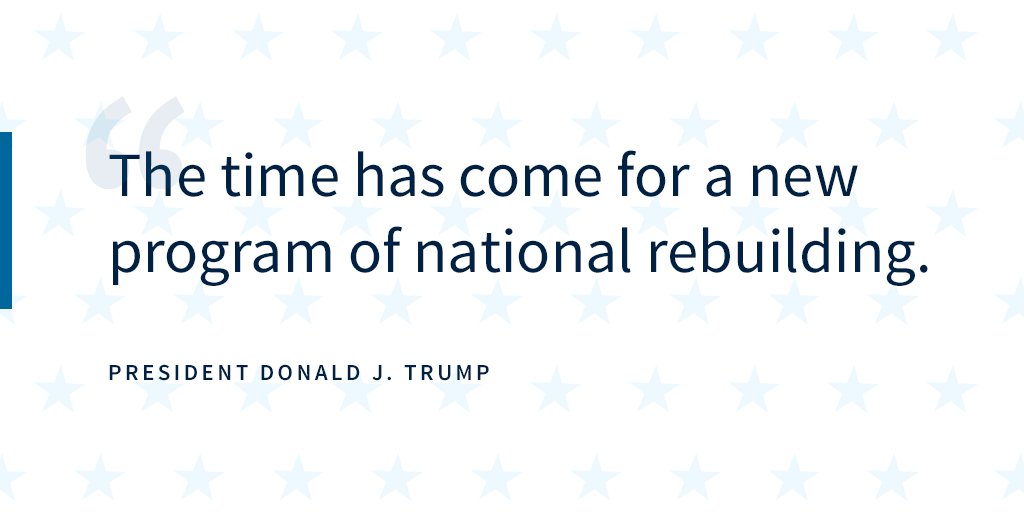 -Obamacare is collapsing – and we must act decisively to protect all Americans. Action is not a choice, it is a necessity. I am calling on Congress to REPEAL & REPLACE OBAMACARE with reforms that expand choice, increase access, lower costs & provide better care.

-Ordered Dept. of Homeland Security to create office called “VOICE” — Victims of Immigration Crime Engagement. We will soon begin the construction of a great, great wall along our southern border.

-My budget will increase funding for our Veterans. Our Veterans have delivered for this nation. Now we MUST deliver for them. We want harmony and stability, not war and conflict. We want peace, wherever peace can be found. Think of the marvels we can achieve if we simply set free the dreams of our people.