In a tragic incident, a woman and her two young children were killed after their car was involved in a collision with a lorry in UK’s Devon on Monday. The crash was reportedly witnessed by woman’s husband who was travelling in a separate car. The family was believed to have been on holiday as they were driving towards Barnstaple.

The mishap happened on the A361 near Aller Cross as the woman was driving towards Barnstaple in Devon at about 8.25am Sunday morning. Speaking to reporters, Insp Richard McLellan said: “It would seem that a car travelling towards Barnstaple, for unknown reasons at the moment, has crossed the centre white line and hit an oncoming truck.

“Unfortunately the family were travelling in two separate cars but travelling together along this road, so dad was there at the scene as well.” Three ambulances, five rapid response vehicles and the air ambulance were pressed into service immediately after the incident. 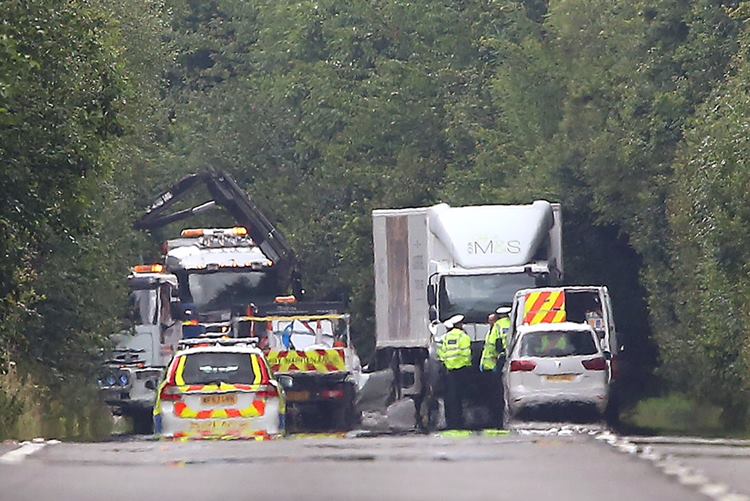 The mishap took place just a day after a similar incident on the same road Saturday that saw another mother and her two young children in a crash which left them all seriously hurt. Mr McLellan said yesterday’s separate collision was a ‘terrible coincidence’ when a mother and her two children were in a car which crashed into a car towing a trailer. 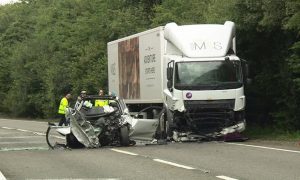 He added: ‘There is nothing to link these incidents. It had nothing to do with road or weather conditions.

Also Read: Police jeep tries to save cow, kills woman accidentally in UP