Delhi and many other parts of India were enveloped in a stifling blanket of smog after Indians ignore the Supreme Court’s guidelines that only “green” firecrackers would be allowed, and just for two hours. But if you would have done that in Singapore, you’re sure to land in jail. Two Indian-origin men were arrested in Singapore’s ‘Little India’ precinct on November 6 for illegally lighting fireworks. According to The Strait Times, Thiagu Selvarajoo and Siva Kumar Subramaniam for letting off dangerous fireworks. They now face up to two years in jail and will have to pay fines between SG$2,000 and SG$10,000.

A video posted by a Facebook group SG Road Vigilante – SGRV shows fireworks being set off in Singapore, making people stop in their tracks. The video also a couple of cops rushing towards the place where the fireworks were being set off. 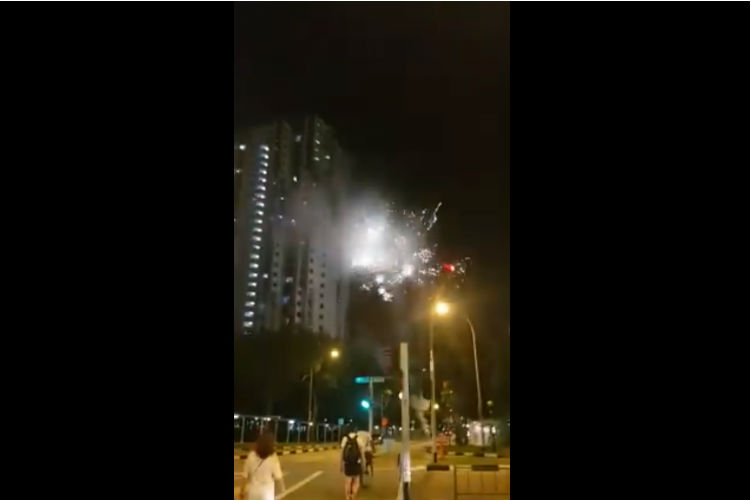 However, it was not clear how they procured the fireworks in Singapore.

In Singapore, it is illegal to set off fireworks without obtaining permission from the authorities. Singapore’s government started regulating the use of fireworks in 1968 when the practice of lighting fireworks became a serious public safety issue. A total ban was rolled out four years later when the celebrations were still observed to cause fires.

Despite the partial ban on the burning of firecrackers, firecrackers could be heard being set off throughout the night, albeit not without arrest. In Delhi, the police arrested five people and seized over 100 kgs of illegal firecrackers a day before Diwali. A father was also arrested after a neighbour filed a complaint against him setting off crackers four days before Diwali. In Ahmedabad, at least eight cases were lodged in connection with the bursting of firecrackers outside the prescribed time set by the Supreme Court. Tamil Nadu police arrested over 650 people across all 32 districts for bursting crackers outside fixed time.