A key to the locker containing life-jackets on board British liner Titanic has been sold for a whopping 85,000 pounds (around Rs 70 lakh). According to BBC, the auction took place in Devizes, a market town in Wiltshire, England. Besides the key, a postcard by the chief wireless operator was sold for 19,000 pounds (Rs 15.43 lakh). A letter sent by chief officer of the ship was went under hammer for 5,000 pounds (around Rs 5 lakh).

The locker key is among the 200 items which were auctioned. It belongs to Sidney Sedunary, a class III steward on board the Titanic, who opened the locker and gave away life-jackets to the passengers and crew when the ship was sinking after hitting an iceberg. The auctioner hailed Sedunary’s heroic act and stated that it was this feature which contributed in the item being sold at a high price.

Besides the key, a postcard written by the ship’s chief wireless operator Jack Phillips, who had sent the SOS message to nearby ships was sold for Rs 15.43 lakh. He was hailed by the survivors from the horrific maritime mishap. 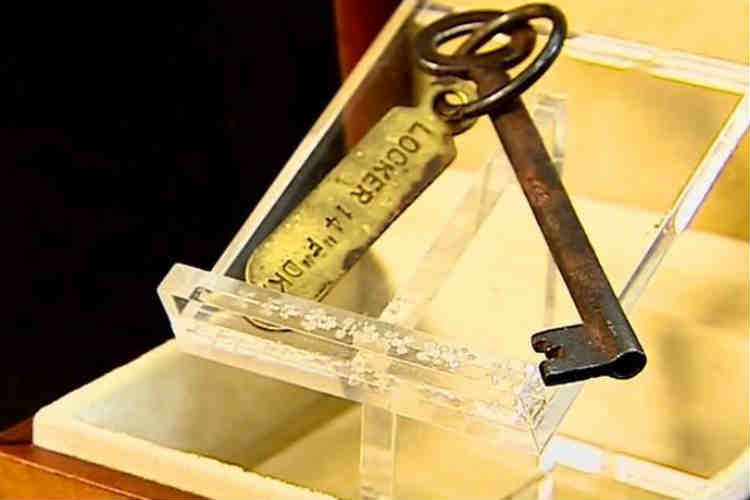 However, an interesting thing to note is a letter written by the ship’s chief officer Henry Wilde, which was sold as well. In the letter, Wilde is believed to have expressed his dislike towards Titanic. He was transferred to the ill-fated ship from another vessel named Cymric on April 9, 1912, a day before Titanic began the voyage.

Titanic, while travelling from Southampton to New York, hit a huge iceberg in the North Atlantic Ocean in the midnight of April 14, 1912. It took just three hours for the ship to meet a tragic end, as 1,500 passengers and crew members out of a total strength of 2,224 perished.