The Thai rescue mission, which came to an end on Tuesday, July 10, gave us many heroes — one of them being Richard Harris who was the last man to get out of the cave. The Australian anaesthetist, who risked his life to make a perilous journey inside the cave, was entrusted with the responsibility of giving the medical all-clear for each evacuation.

He might have helped in skirting a terrible tragedy, but the Harris household ended up in mourning nonetheless. Harris was informed about his father’s death right after the rescue mission was wrapped up.

What role did Harris play in the rescue mission?
Harris was an integral part of the rescue mission, he went in to assess the boys’ health and stayed with them for three days. He decided the sequence in which the boys were to be evacuated — weaker first, healthier later. Harris, apparently, tried his best to comfort the boys and make them feel safe. Medical knowledge and diving skills were his strong suits which is why he was approached by the Thai government for help. 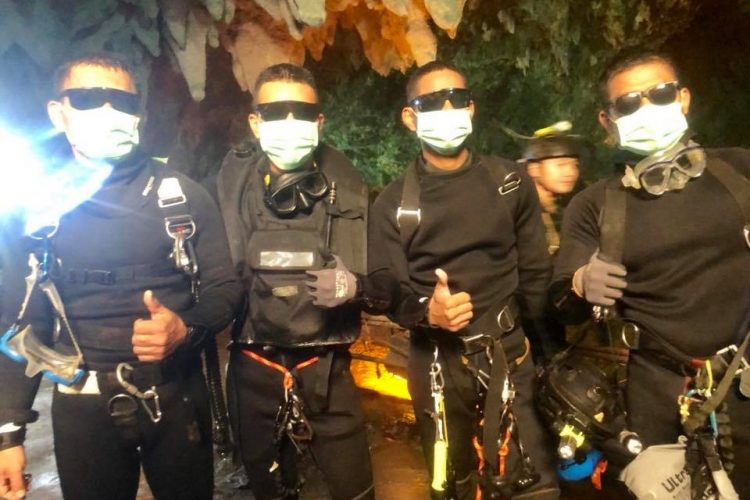 “Adelaide doctor Richard Harris stopped his holiday to help those Thai boys. If ever a bloke deserved to be Australian of the Year it’s this man. He’s what embodies the true spirit of this country,” Peter Gleeson, Editor, Sunday Mail, tweeted in response to the doctor’s bravery.

Adelaide doctor Richard Harris stopped his holiday to help those Thai boys. If ever a bloke deserved to be Australian of the Year it’s this man. He’s what embodies the true spirit of this country

Dr Harris is receiving tremendous amounts of love and gratitude from all over the world. Even in these tough times, he remains calm and praises the boys for their efforts.

On behalf of the United States, congratulations to the Thai Navy SEALs and all on the successful rescue of the 12 boys and their coach from the treacherous cave in Thailand. Such a beautiful moment – all freed, great job!

“They are the ones who were responsible for their own morale and really their own safety and without them being in the state they were in we couldn’t have done anything.”, Dr Harris told Australian Prime Minister Malcolm Turnbull via FaceTime.