Posts including the Chinese name of the fictional bear were censored on Sina Weibo, China’s Twitter-like platform, over the weekend, while a collection of animated gifs featuring the bear were removed from social messaging app WeChat.

According to a report in Financial Times, no explanation was given by the government officials over the crackdown. It is speculated that the Pooh has been the recent victim of censorship due to its previous comparisons with President Xi Jinping by English author AA Milne. Notably, the comparisons had gone viral on Chinese social media. The report suggested that some online commentators were detained after posting remarks about the president.

The ban is the latest escalation of online censorship in the run-up to this autumn’s Communist party congress, where key political appointments will be announced. 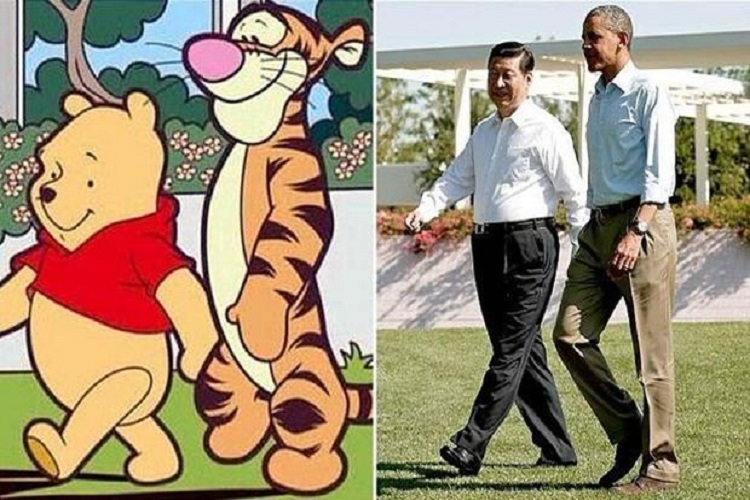 Chinese media is always under pressure from the government. In December, four journalists were suspended after the China News Service released a headline with a typo misspelling Xi’s speech (zhi ci) as Xi’s resignation (ci zhi). A similar instance occurred in mid-March when Xinhua had to correct a headline which falsely referred to Xi Jinping as China’s ‘last leader,’ as opposed to ‘top leader’.

Comparisons between Jinping and Winnie the Pooh first circulated in 2013 during Xi’s visit with then US president Barack Obama.

A photo of the taller and thinner Obama walking towards Xi was combined with a picture of Winnie the Pooh and his lanky friend Tigger, and the comparison stuck.